Looking back and ahead: Resumen y más aventuras

Now that the uvas (grapes) have been eaten and the cotillón packed away for another year, we can begin enero in earnest. New Year’s resolutions for me: more of the same with a little less sidra and a little more ejercicio – for the pancita.* Or as a I grow older and hopefully wiser, to understand my world better: 1, diversity not standardization, 2, everything matters; no objects only subjects with dignity, 3, all is interconnected. 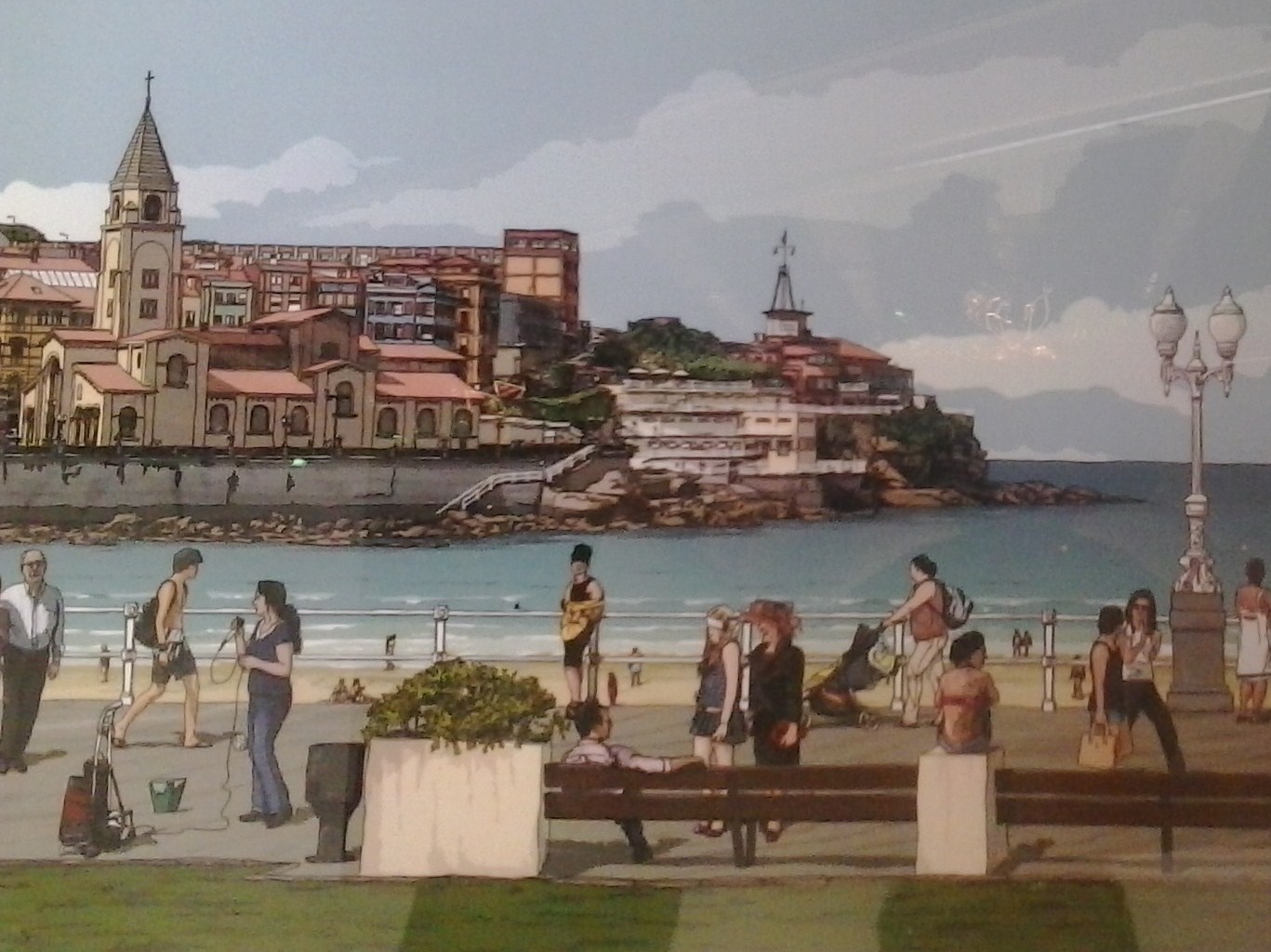 It’s a treat and a privilege to see the world with new eyes, learning to live in Spain as an ex-pat. Herewith, a recap (resumen) of my life so far in Gijón (Manuel Iglesias pictures above), an addendum if you will to my past caracolas, adding what I have learned from my ignorance. For example, not to wash my hands with sopa (soup), but jabón (soap). Not to eat little coves (caletas), but cookies (galletas). And to take care with pronunciation: menú del día not menudo día (a meal not a bad day).

1. Names that may mean something: Zaragoza comes from Agustus Caesar. Andalucía from the Vandals who trashed the Roman empire as far as the Spanish peninsula after sacking Rome in 465 (and from whom we get the words vandal and vandalism). Calderón, as in Iván Calderón who played point guard for the Toronto Raptors for years, is a large caldera or cauldron-like volcanic feature usually formed by the collapse of land following a volcanic eruption – in english as in spanish. The Canary Islands are full of calderas and calderones. And, as my own private source tells me, calderon is also a name one can use to describe someone with a rather large belly (see New Year’s panzeta resolution above and the need for less sidra and more ejercicio).

2. Teacher, teach thyself: I always try to learn a new word each day. Tortugas (turtles), bomberos (firemen), burbujas (bubbles) were my first – they have that humorous ring which always catches my juvenile attention. Of course, the learning now is a little more sophisticated. Engaño (deceit, sham, rip-off) I learned in the Plaza Mayor in Madrid. It wasn’t a word I wanted to learn. No te preocupes (don’t worry) was the first word chunk I learned here and has helped me to chill. In computers: dot is punto. And I am learning not to press Ctrl-Alt-Supr as fast. Hopefully, the teacher is always learning.

I am still working on the smaller words, the in-between glue that binds the rest – además besides, aunque although, aún still/yet, incluso even though, según according to, sin embargo therefore.

3. Madrid, Barcelona, and other short hops from Gijón: There are direct flights between Gijón and Barcelona, Gran Canaria, Lisbon, London, Madrid, Palma, Paris, Seville, Tenerife, Valencia. The airport is closest to Avilés but is called Asturias or Oviedo (OVD) in international aviation parlance. Gijón and Oviedo are half-hour drives away. The Asturian cities Oviedo (capital), Gijón (largest), and Avilés (closest to the airport) form a bit of a triangle or fork and are known locally as the Y. If the world goes completely mad and continues to grow as in the past, they will eventually become one big megacity, Giovlés. Many more international flights are available from Santander, just under two-hours drive away.

The Gijón port is now open for crossings to Ireland with car through LD Lines (Rosslare, County Wexford, south of Dublin, once a week, 39 hours) as well as Saint Nazaire, France (15 hours, three times a week) and Poole, England (25 hours, once a week). It’s a long trip, but essential if you want to bring a car and stock up on inexpensive Spanish wine for home.

Check out the Gijón City Council web pages for lots of relevant news and cultural info (some of which is in english), including the totally cool web cam of the central San Lorenzo playa staircase (la escalerona). One can figure out the weather in one picture. Where is Asturias? and Fancornio Rural have more about life and holidays in Asturias.

Asturias has been hit hard by the crisis with 350 companies closing in the last three years. But since it wasn’t as over-developed as the Gold Coast it hasn’t been hit much by the collapse of the property bubble. In Ireland they are now knocking down unsold homes which cost more to maintain than they’re worth. In Spain, there are 800,000 unsold homes, which will no doubt soon be bulldozed (mover con una excavadora, demolerlo).** See Do The Math: On Growth, Greed, and Strategic Thinking for more on the perils of unsustainable Bubble Economics and “Gordon Brown and Economic Inequality: 10 Years Later, He Finally Does the Math” for statistics on the resulting increased inequality. Madness at any level.

4. Christmas in Spain: Feliz Navidad: Our bank calendar lists the name of all the saints and their corresponding day of the year. I will end with this since for me it sums up the sophistication and simplicity of Spain in one fell swoop, unthinkable in North America or the U.K. and to a lesser extent Ireland.

With separation of church and state built into the U.S. Constitution and the desire to appeal to as broad an audience as possible, it’s unthinkable for a bank to affiliate itself with a religious order. Throw in recent abuse scandals and it’s just bad business. But here, Liberbank sent us their 2014 calendar, featuring 12 lovely aerial shots of Spanish landscapes, from Parque Naciónal de Monfragüe in Extremadura to La Cimavilla in Gijón to La Gineta and Campo de Montiel in Castile-La Mancha, both exquisite Miró or Chagal paintings in themselves (below). 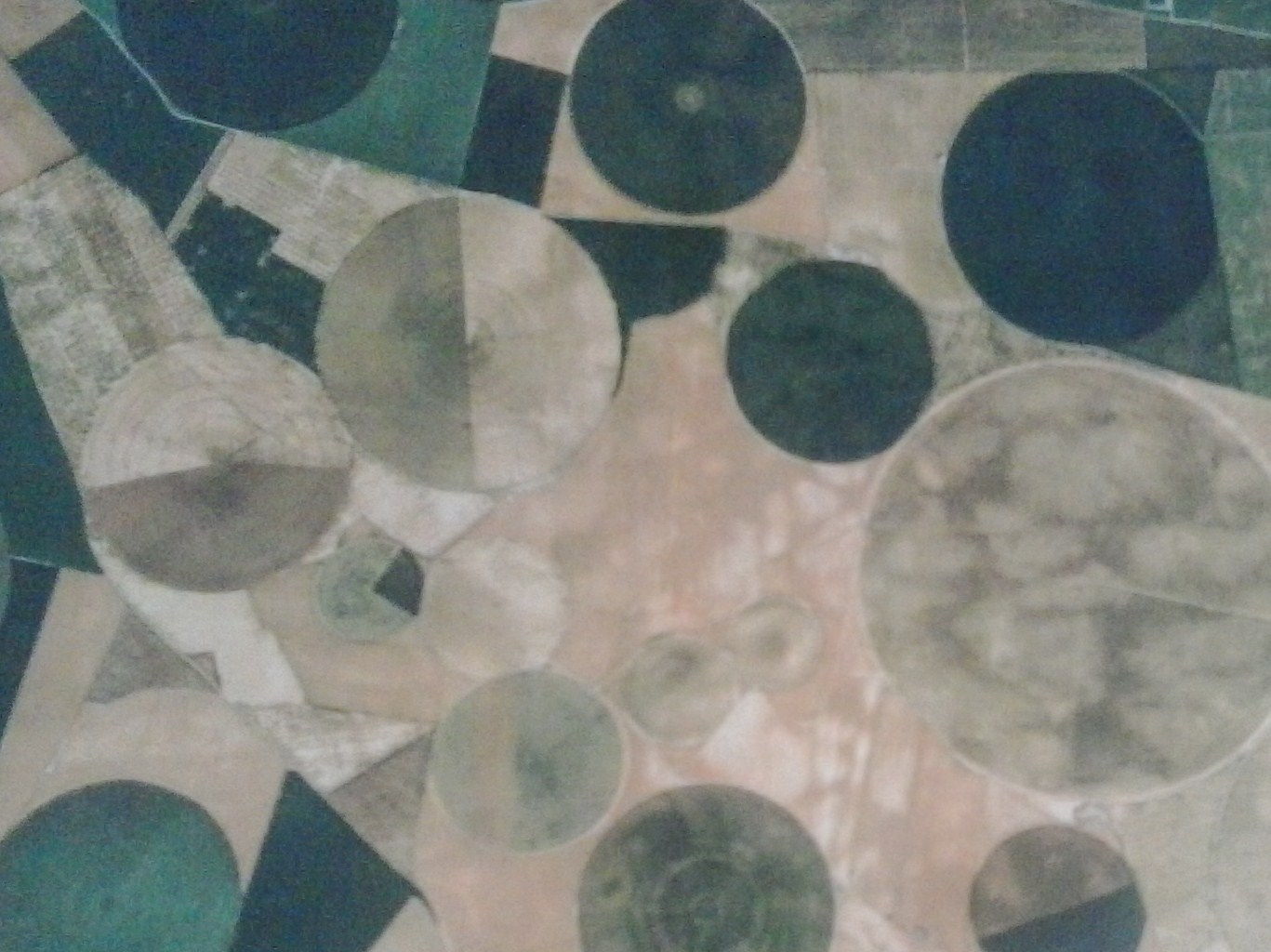 But the calendar also marks every saint day from Santa Tatiana (today, January 12) to Santa Apolonia (February 9) to San Pelayo (June 26) to San Jerónimo (September 30). The Catholic Hall of Fame of do-gooders. I won’t be able to forget anyone’s name day now.

And so, more caracolas to come in 2014, reinventing as I go, like Christopher Columbus (a.k.a. Cristóbal Colón) who brought back tales of gold and riches from a new world, creating World 2.0 as he pushed further west, creating the first modern empire as he did.*** Me, I’m hoping to bring back more tales of cider and wine, chorizo and gambas, and life and language as I check out the limits to our very own virtual village. Geronimo.

* Pancita or tummy the diminutive of panza or belly. Thus Don Quixote’s great sidekick Sancho Panza was Sancho Belly. The master had quite the sense of humour.

*** According to Giovanni Arrighi, the four main capital-accumulating powers in history were/are the Genoese-backed Spanish (1450–1648), the Dutch (1628–1784), the British (1776–1914), and the Americans (1917–present), each of which advanced the capitalist world system through a “systematic cycle of accumulation” before declining as money lending replaced manufacturing as the main industry.

I have worked as a writer, computational analyst, project manager, physicist, and lecturer during a 30-year career. I recently published the general trade book Do The Math! On Growth, Greed, and Strategic Thinking (Sage, 2012), aimed at improving general numeracy, and The House of Words (Tuttle House, 2013), a literary thriller starring New York Scrabble champ Suzy Q. I recently moved to Spain and started this Caracolas blog to record some of my experiences.
View all posts by johnkwhi →
This entry was posted in Spain and tagged Barcelona, funny, Gijón, Madrid, tourism. Bookmark the permalink.