Spanish wine now and in a changing world

With record-breaking low temperatures in the United States and Canada, and even minus 13 as far south as Georgia, one wonders what all the fuss is about global warming? It seems to be getting colder not warmer.

But colder winters can be explained easily by global warming. Polar ice melts and creates cold air that moves south. More ice melting than usual, more cold polar air moving south, more precipitation in Canada, the northern United States, and even as far south as the Peach State, which probably couldn’t find two snow shovels to rub together. The times are indeed a changing – good for some and not so good for others. All over the world.

This has huge implications for regional products like wine. In Spain, wine is a huge industry, number one in vineyard acreage in the world, and along with Italy and France producer of almost half the world’s wine. Rioja, Ribera del Duero, Málaga to name but a few renowned regions with unique styles. It’s all in the climate, soil type, and topography – a long growing season with moderate to warm temperatures and little rainfall during the vine growing season. Perfect in Spain. For now. 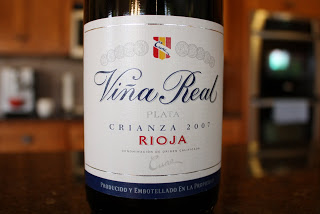 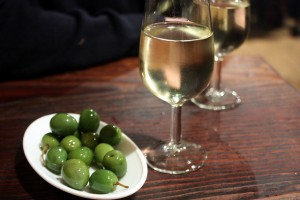 But on the north coast, only a few hundred kilometres from some of the largest Spanish vineyards, for example in Asturias with wetter, colder winters, you get cider instead of wine – the grape just doesn’t take the same way. Although with global warming, what’s good today may not be good tomorrow. In a few more decades, the Basque Country could become the next Rioja, England the next France, and Tasmania and New Zealand the next Australia. If I was in the wine biz, I would take close stock of the changes.*

But for now, wine in Spain is a well-established business, with records of production (and drinking) as far back as 800 BC. According to Wine Folly the main regions are:

The main grape (uva) is tempranillo, a diminutive of temprano (early), also known as Crianza, Reserva, Ribera del Duero, Rioja, or Valdepeñas. Tempranillo is a full- or medium-bodied red with a rich cherry and tomato flavour. Good with all kinds of food and best with the popular Ibérico ham.

I am no wine expert by any stretch, but I have tried a few, and so far my favourites are Rioja and Ribera del Duero. And they can be got from as little as €2 in the local supermarket. Even a special Reserva or Gran Reserva is only €7 or €8 – a far cry from the prices I am used to paying for good wine. Compared to other countries, Spanish wine is a great bargain.

Indeed, el vino es la vida aqui en España. In the midst of a changing global climate and economy, it’s nice to sit back and raise a simple glass to the New Year, which in Spain is toasted to by eating a grape at each of the 12 strokes of the midnight bells. For good luck, they must be finished by the twelfth stroke. For good luck, for the heart, and for the aging constitution.

Here’s to 2014. Hopefully, prosperous and not too cold. Cheers. Salud. Enjoy!