Valencia is the third-largest city in Spain at almost 800,000 people, and one of the largest on the Mediterranean coast behind its Catalan cousin Barcelona. A country’s third-largest city usually has to try harder, but with the biggest old city in Europe (170 hectares), a river that isn’t a river, 300 days of sunshine per year, and the best paella ANYWHERE, Valencia doesn’t have to try too hard.

Valencia was founded by the Romans in 138 BC by a Roman named Valencia or, according to some, just means “value.” There is plenty of value to be had in the local dish, paella, thanks to the Moors, who arrived in the Iberian Peninsula in 711 and brought its main ingredient, rice, with them. Rice is everywhere, cultivated in massive rice beds in the nearby Albufera lagoon and estuary, a wetland just inland from the sea and largest in Europe. They start seeding the rice fields and turning the water on in early May for a September harvest. 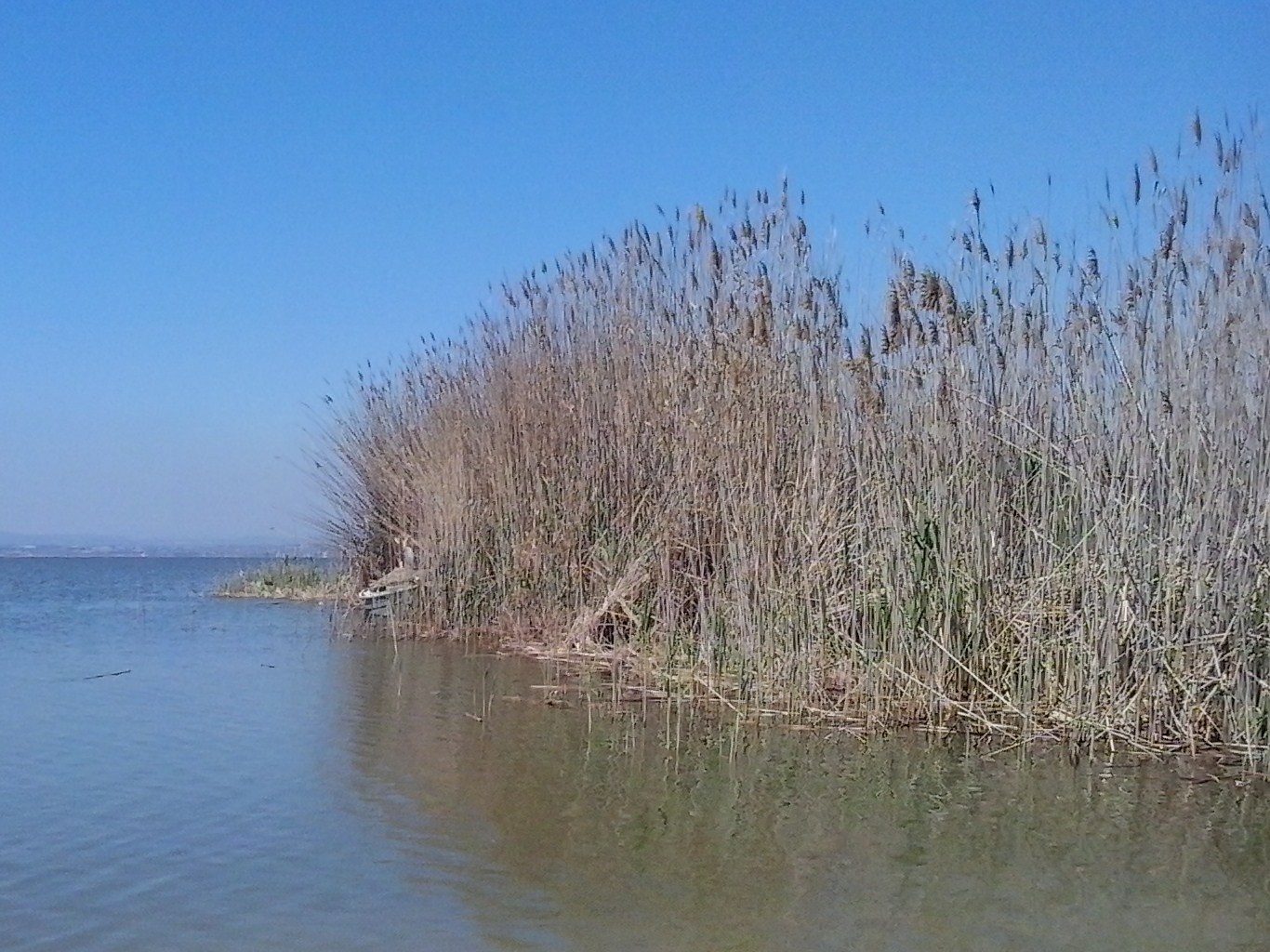 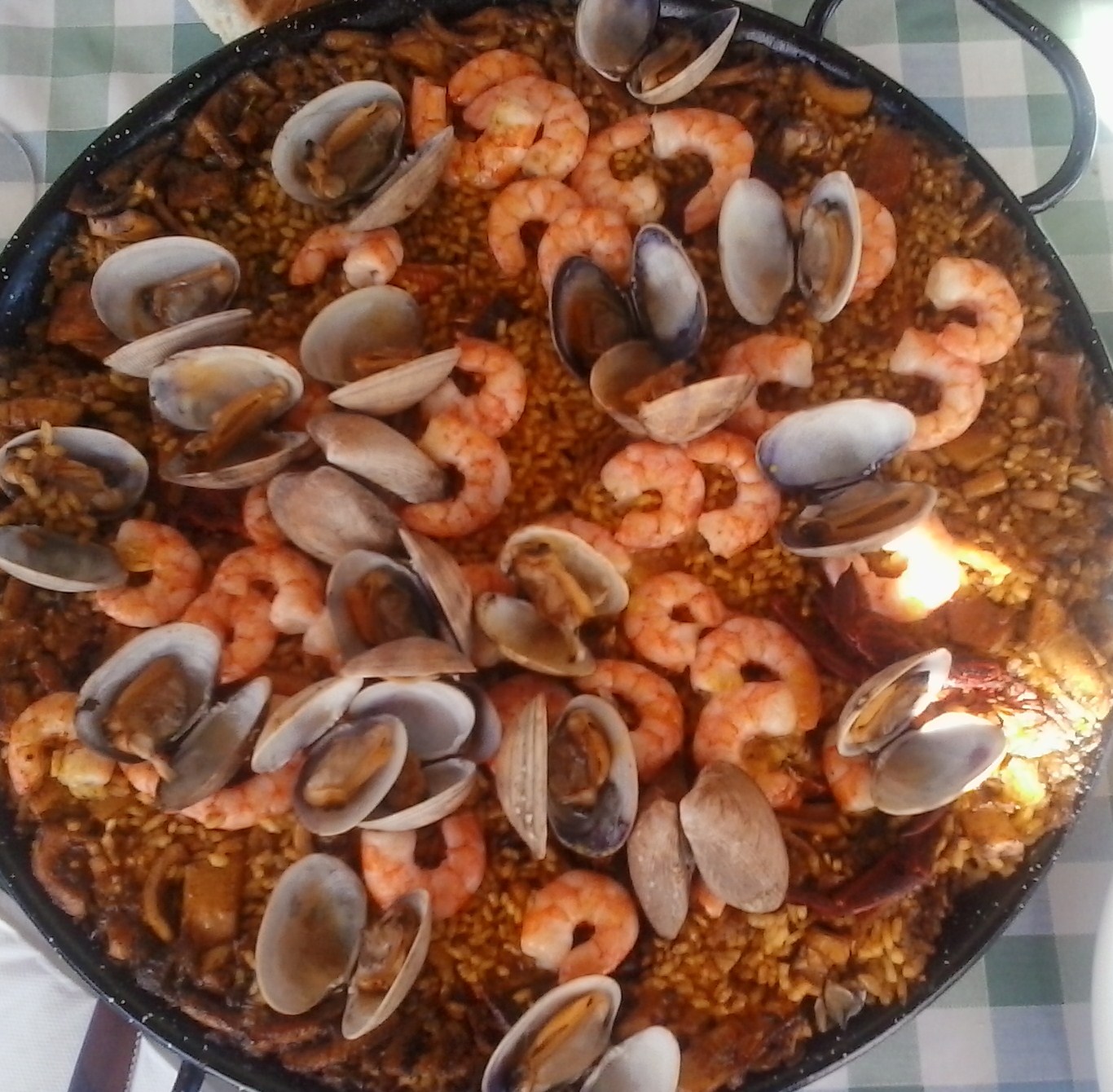 Technically, paella is paella valenciana, made with local produce such as rabbit (conejo), snails (caracoles), eel (anguila), and chicken (pollo). I’m not much for rabbit (especially after seeing Local Hero), but there are many other lesser paellas on offer for the squeamish called arroces (rice dishes). Valencians do everything big. Even the paellas are massive, and are meant to be eaten with a wooden spoon straight from a special paella pan made of polished carbon steel. Aside from the arroz para chuparse los dedos (scrumptious rice), what marks any great paella is the saffron and pimentón (smoked pepper). And the yellow-stained fingers of the happy customers.

Agua de Valencia is a specialty cocktail made of cava, orange juice, vodka, and gin. Fire water to be sure. But Valencia is famous throughout Spain for its real fire, hosting a week-long Father’s Day festival every year from March 12 to March 19, where the Valencians have been burning things in an annual San José day parade since 1934, on a bigger scale each year (March 19 is el día de San José and since José or Joseph is the father of Jesus we get Father’s Day then). Called fallas (Valenciano for fire), there is a museum containing the one falla deemed too good to burn each year. The Museo-Fallero is on two floors and already pushing its limits. 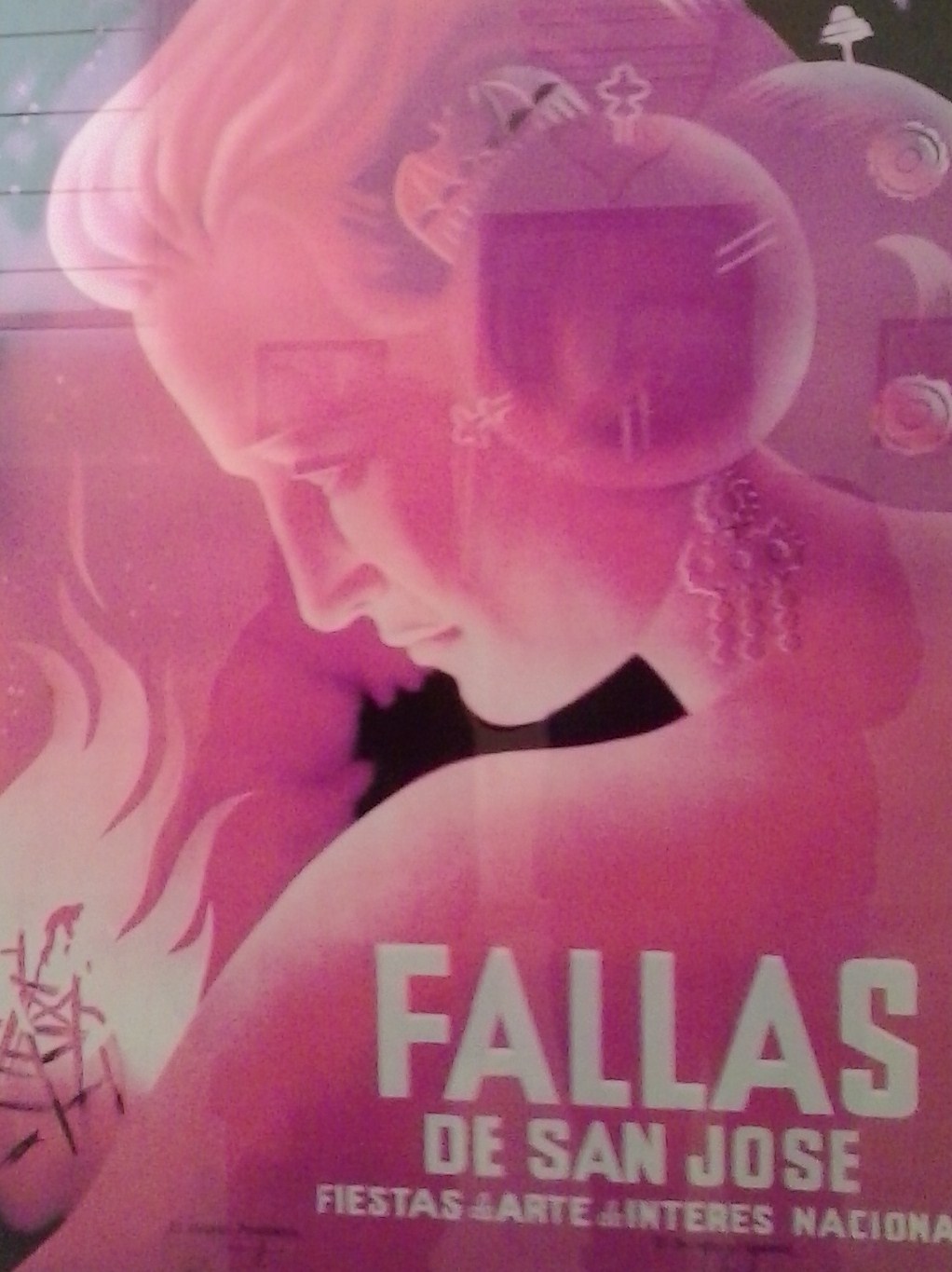 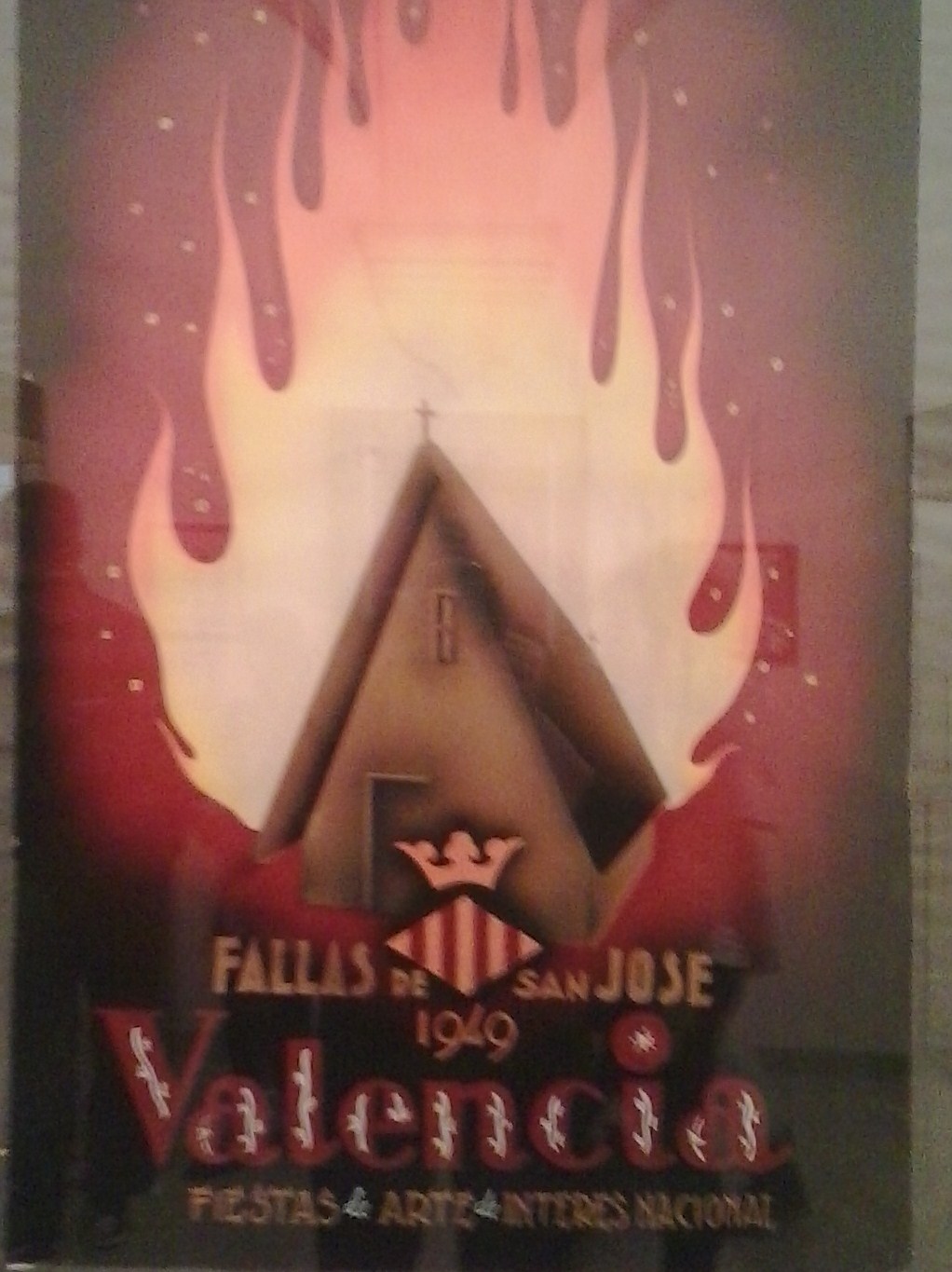 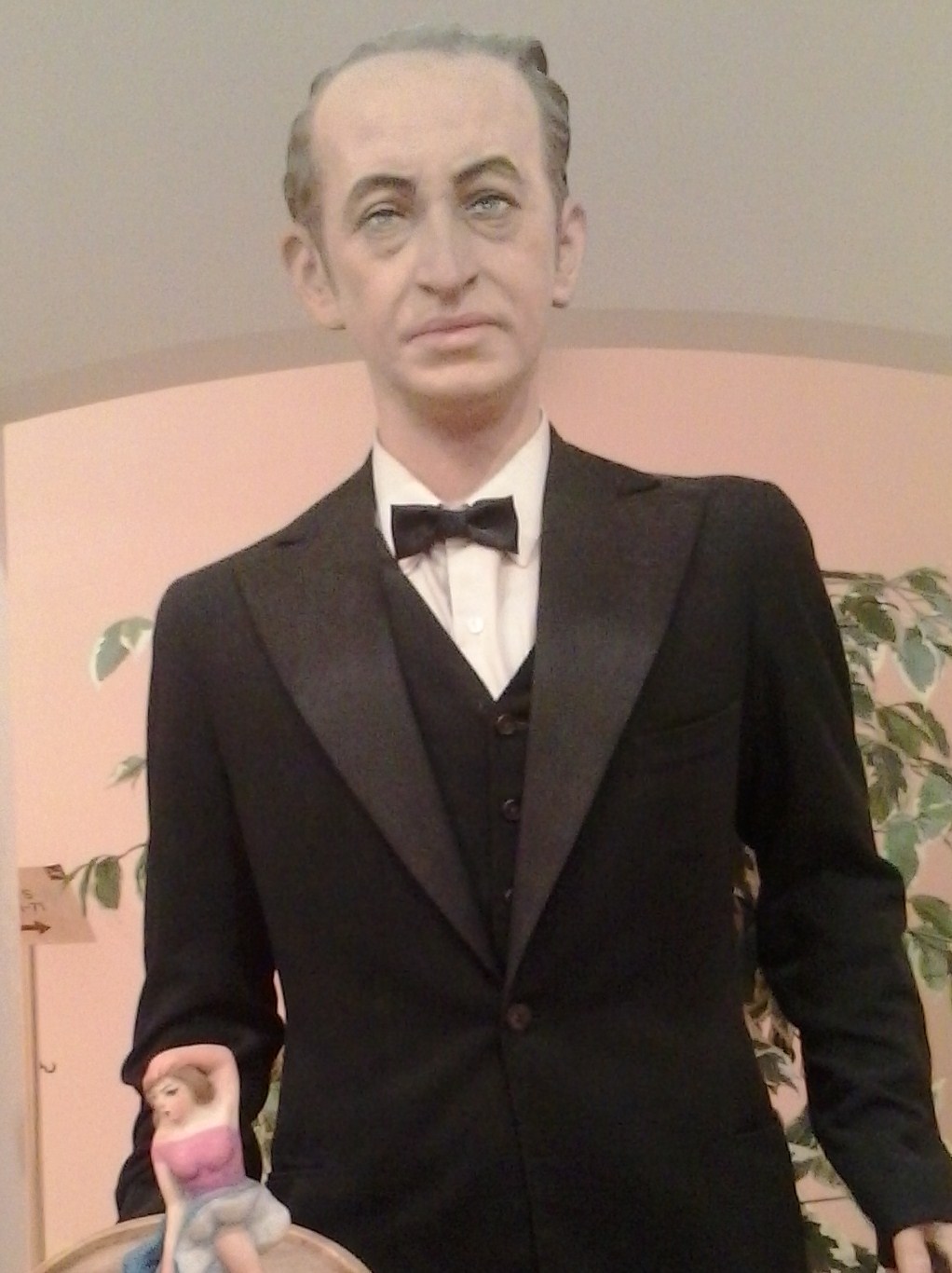 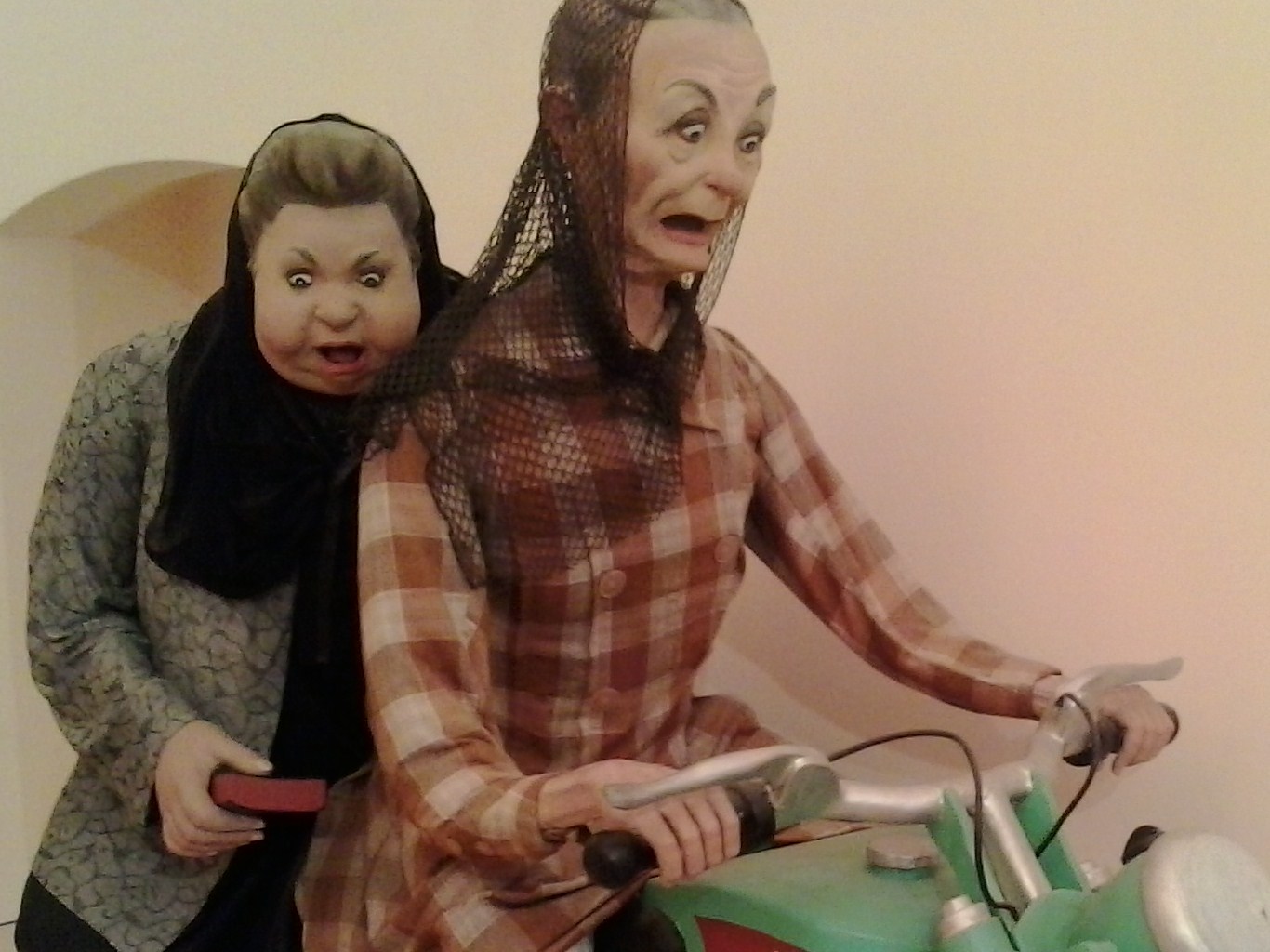 Just off the old town is the river that isn’t a river, as curious a site as you will see anywhere. Diverted around the old city after disastrous floods in 1957, the River Turia is now a sunken city park that winds its way through the whole of the city of Valencia. One walks along the old river bed under medieval bridges as if paddling along like long-gone ducks, and ending up in a revamped flood-plain that is now home to the majestic City of Science and Arts, designed by Valencia’s very own Santiago Calatrava. 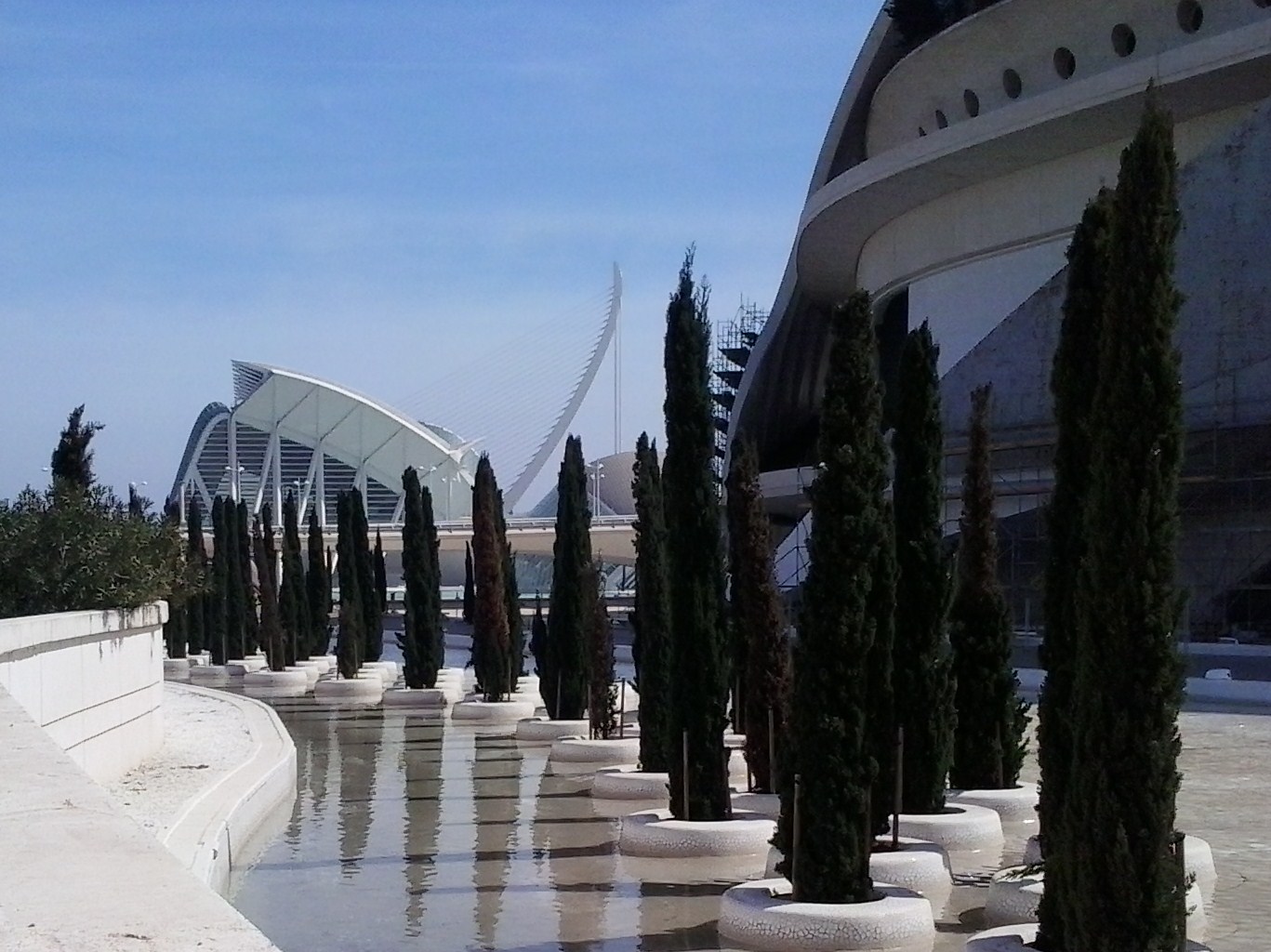 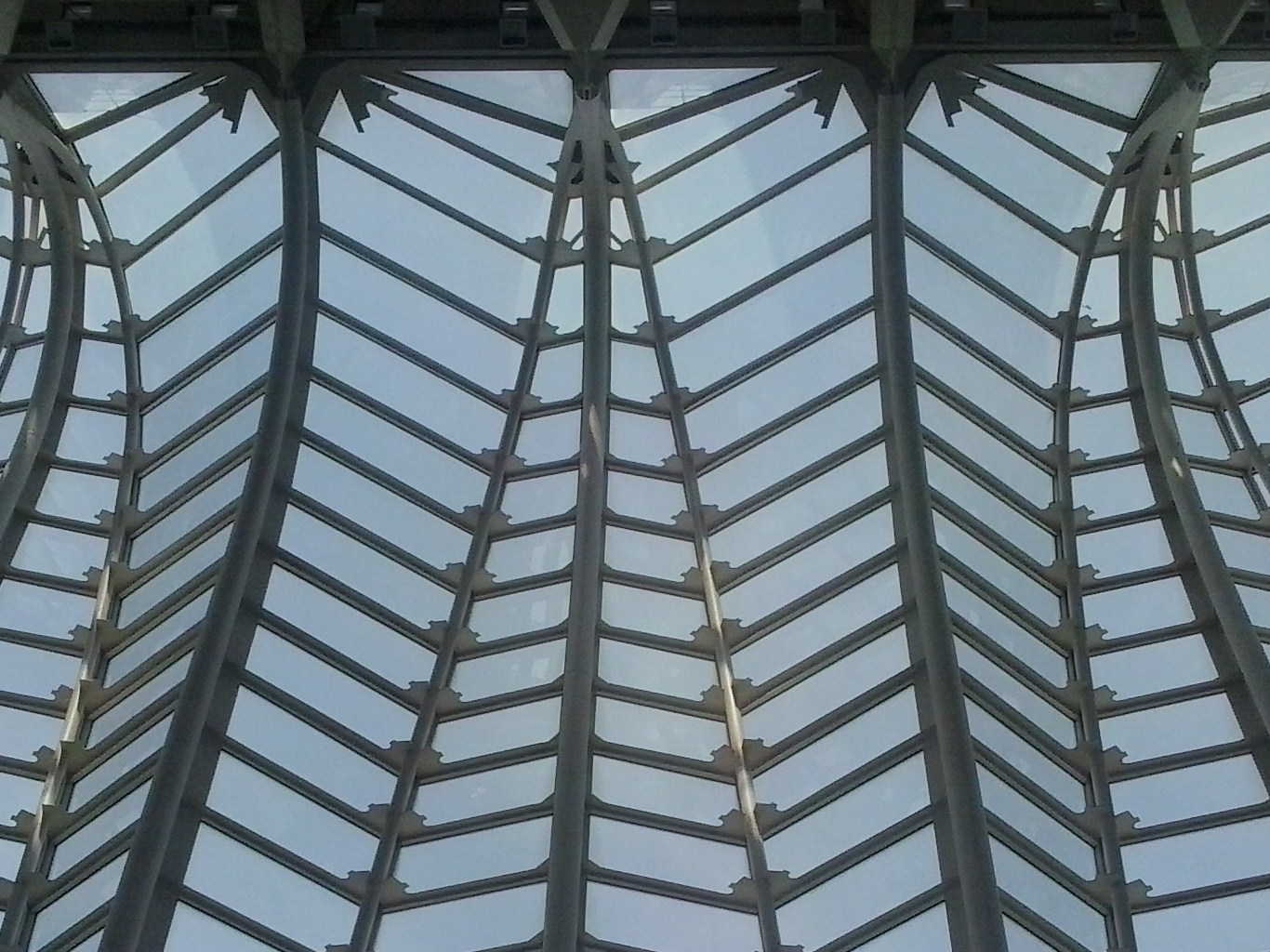 La Ciudad de las Artes y Ciencias consists of four stunning white-steel buildings, including a planetarium and Imax theatre, science museum, opera house, and marine centre. The entire area is beautifully landscaped with trees and water amid Calatrava’s trademark cantilevered geometric style. There’s a Focault pendulum inside the science museum (€8 entry) with a period of 6 seconds, from which one can work out the height, h, from h = T2 g / (2pi), if one is so inclined. The original Focault pendulum was in Paris just beside the Pantheon (where it now resides), and shows that the earth does indeed move for us all.

There is much to see in the historic old city and one easily finds everything by just walking around, either aimlessly or with a plan. Not to be missed is La Lonja de la Seda, a medieval trading building that once served as a terminus to the ancient Silk Road. Its civil Gothic style boasts a trading floor 17 metres high with 12 Solomonic columns. Around the corner you’ll find the narrowest building in the world called La Estrecha (107 cm wide), wedged into yet another quaint plaza. They do big and small in Valencia, whether fire, water, or the best paella ANYWHERE. 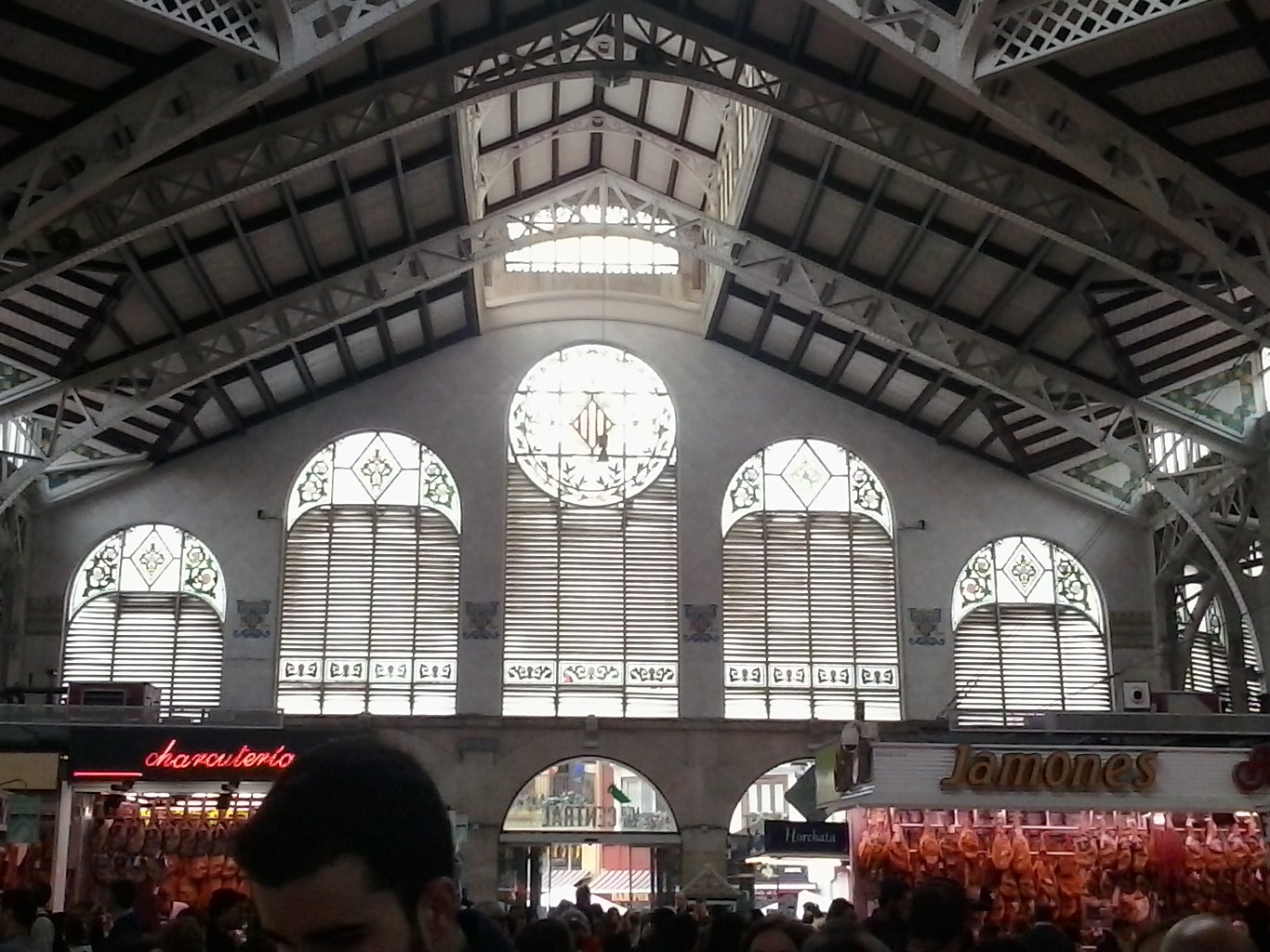 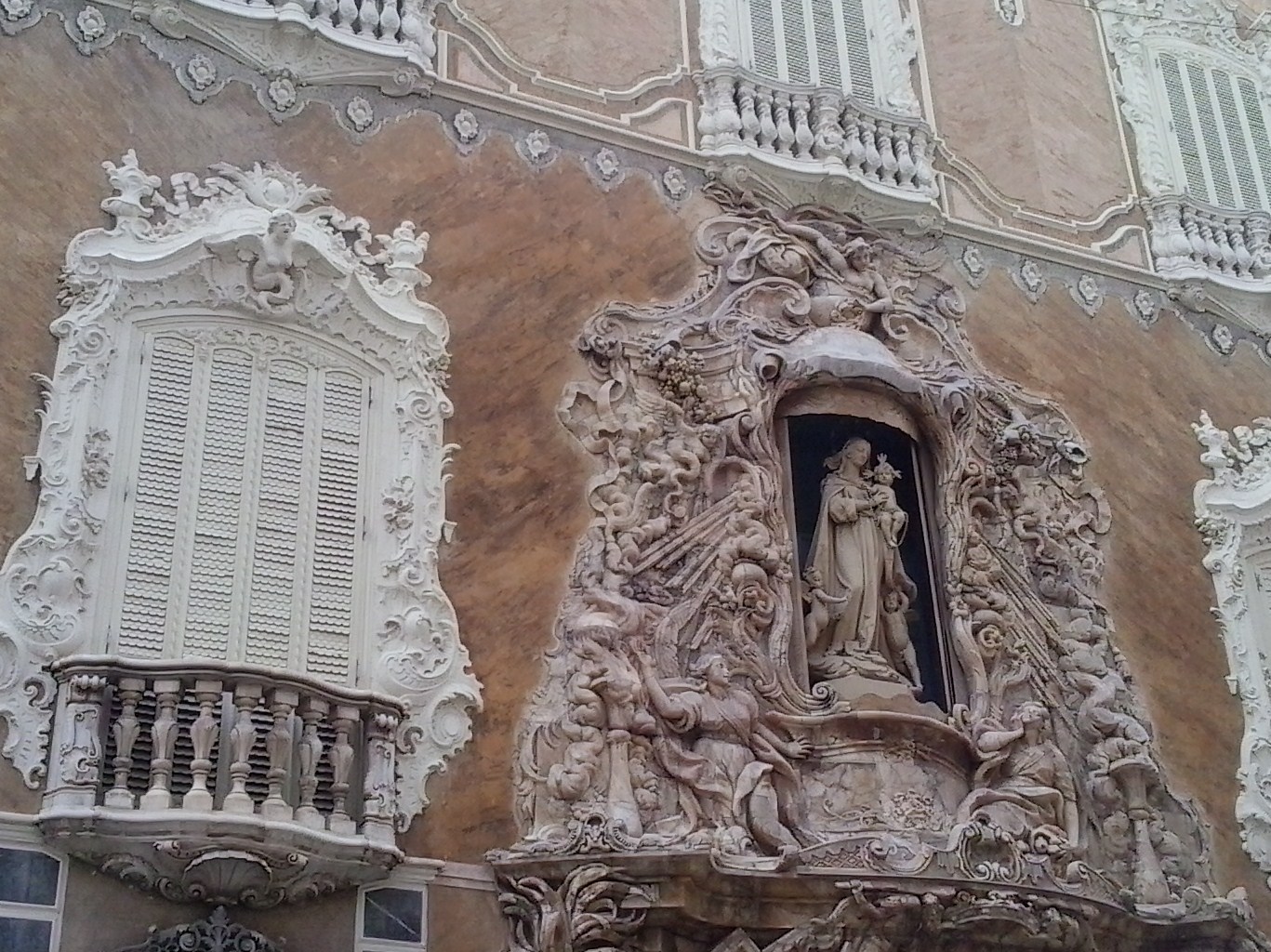 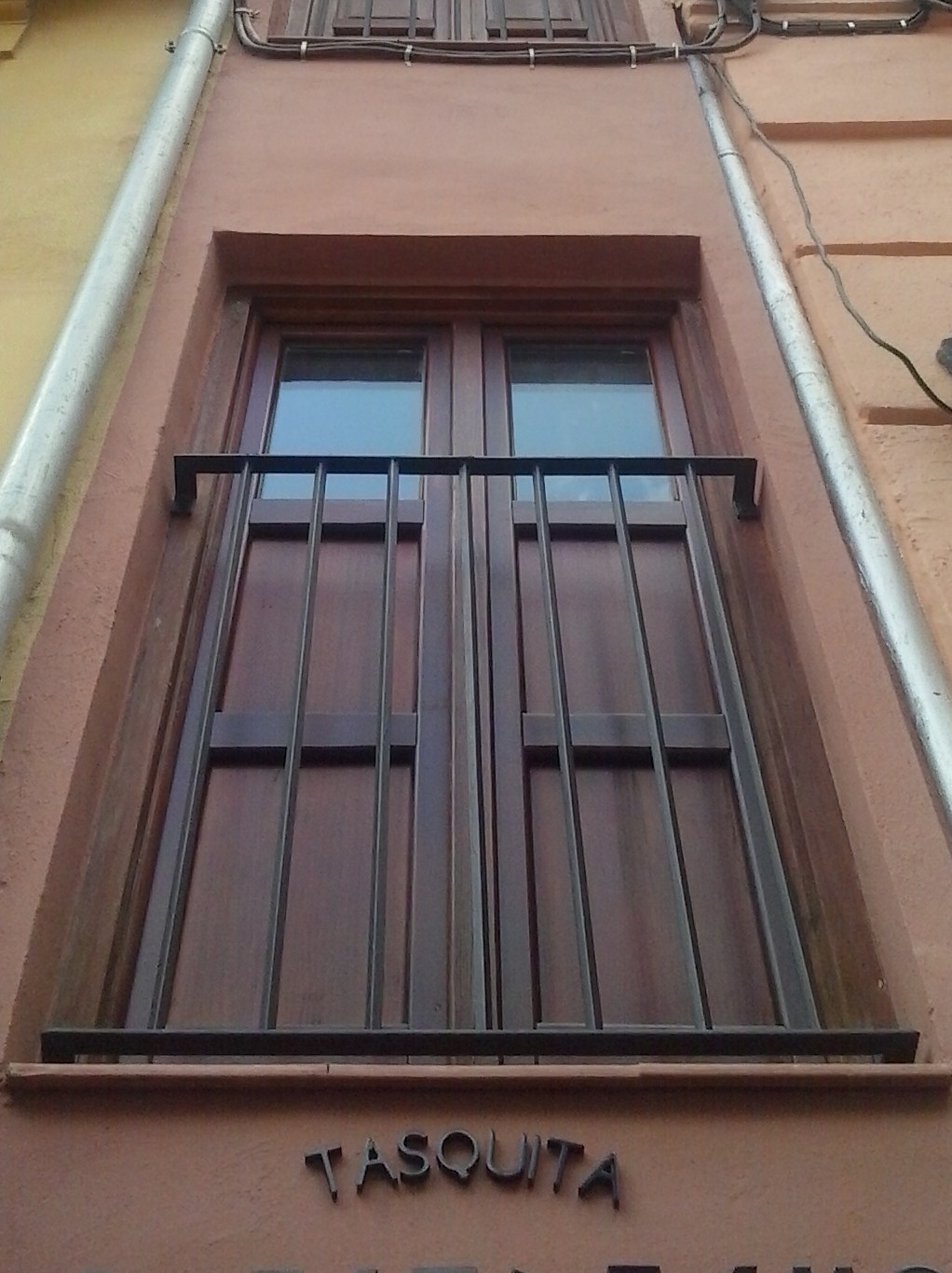 If you’re adventurous, take the bus to el Palmar and the rice fields and canals of Albufera. (Bus No 25 from Plaza de América, 40 minutes, though I suggest you keep an eye on the schedule for the return trip). There is nothing half so much fun as messing around in boats, and a gentle boat ride into the lagoon costs €4 euros for about 45 minutes. Walk to the end to get away from the crowds, and make sure to wear a hat – it’s hotter than you think. You can even reserve a paella in any of the street restaurants for when you get back. Canejos and anguilas optional.

I have worked as a writer, computational analyst, project manager, physicist, and lecturer during a 30-year career. I recently published the general trade book Do The Math! On Growth, Greed, and Strategic Thinking (Sage, 2012), aimed at improving general numeracy, and The House of Words (Tuttle House, 2013), a literary thriller starring New York Scrabble champ Suzy Q. I recently moved to Spain and started this Caracolas blog to record some of my experiences.
View all posts by johnkwhi →
This entry was posted in Spain and tagged art, food, tourism. Bookmark the permalink.