Everyone’s doing a top ten list these days. They’re easy – no need to maintain a coherent theme, just add the next number and switch to another idea. They don’t require much attention – great for new Tube thinking, the Twitter world, and image cutting and pasting. And they’re full of humorous generalizations and stereotypes, reinforcing the good and the bad we all know and love (or don’t). The only problem is you need ten. In some cases, it’s hard. In Spain, no problem – ten is a minimum.

Number 1: The weather. Of course, we all like the weather in Spain: a sunny, balmy, beautiful 30 degrees every day, morning, noon, and night. Unchanged, as we toddle off to the beach in our chanclas (flip-flops) and speedos or chanclas and thongs depending on your gender. Be sure to pack your gafas de sol so you can look without alerting the thought police. Well, that may be the Tourism Spain version of the weather, and certainly was mine before I came to live here, having grown up in Canada and believing everything I had read. 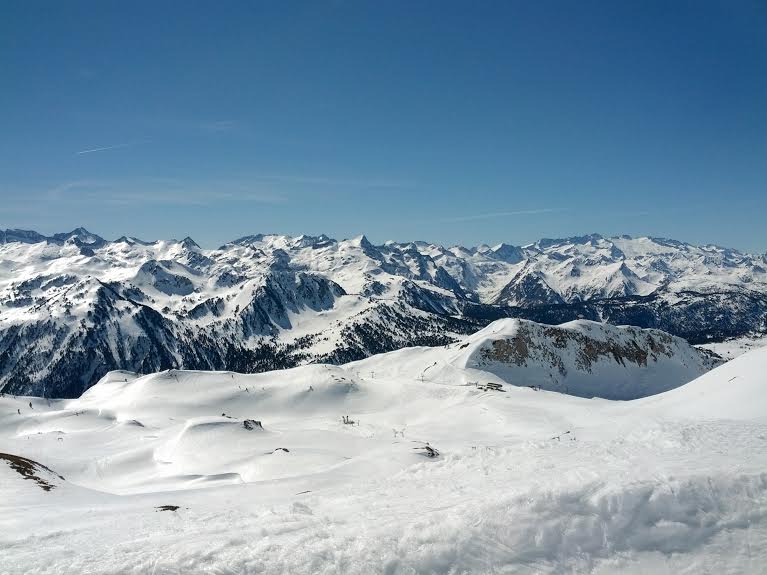 Now that I live in Spain (and in northern Spain at that), of course it is not 30 degrees every day, morning, noon, and night. In fact, it snows during the winter in much of Spain. There’s actually amazing skiing, an odd fact which never made it to my holiday brochures. In Gijón, I can see snow on top of the Picos de Europa from December to April, so-called because they were the first site for the marauding mariners on their return home from the newly plundered new world. The wonderful glistening snow tops that also remind me of home.

Yes, it is hot during summer. In fact, unbearably hot in the south, which is why many southern Spaniards leave during agosto and come north. They change their unbearable 40 degree swamp heat coast there for the beautiful unspoilt typically 30 degrees coast here.

But, yes, I love the weather. Love it. Number 1 with a bullet. Nothing tops the gentle rays massaging your skin, better than any 10-station spa, with or without coupon. And for those of the gardening variety, plant it and it will grow. I have never seen so many daisies in love. Me and my daisies. Happy as Larries.

Number 2: Food. What’s not to like? Spaniards know their food, and what’s more know how to eat it: lento, más lento, el más lento (slow, slower, and slowest). One could say lentísimo (como un caracol). The slow food movement was founded by Italian Carlo Petrini in 1986 “to counter the rise of fast food and fast life, the disappearance of local food traditions, people’s dwindling interest in the food they eat, and how our food choices affect the rest of the world.” He was upset at a MacDonald’s outside the Spanish Steps in Rome. Basically, stemming the 24/7, “I want it all now” rush world that is North America.

But there’s no need for a Spanish slow food movement. The food’s been slow forever. Food here is savoured, enjoyed, and tasted with every bite. I was never big on fast food anyway, but here I eat more slowly, with more appreciation and enjoyment. Thank you Spain. I love your food. 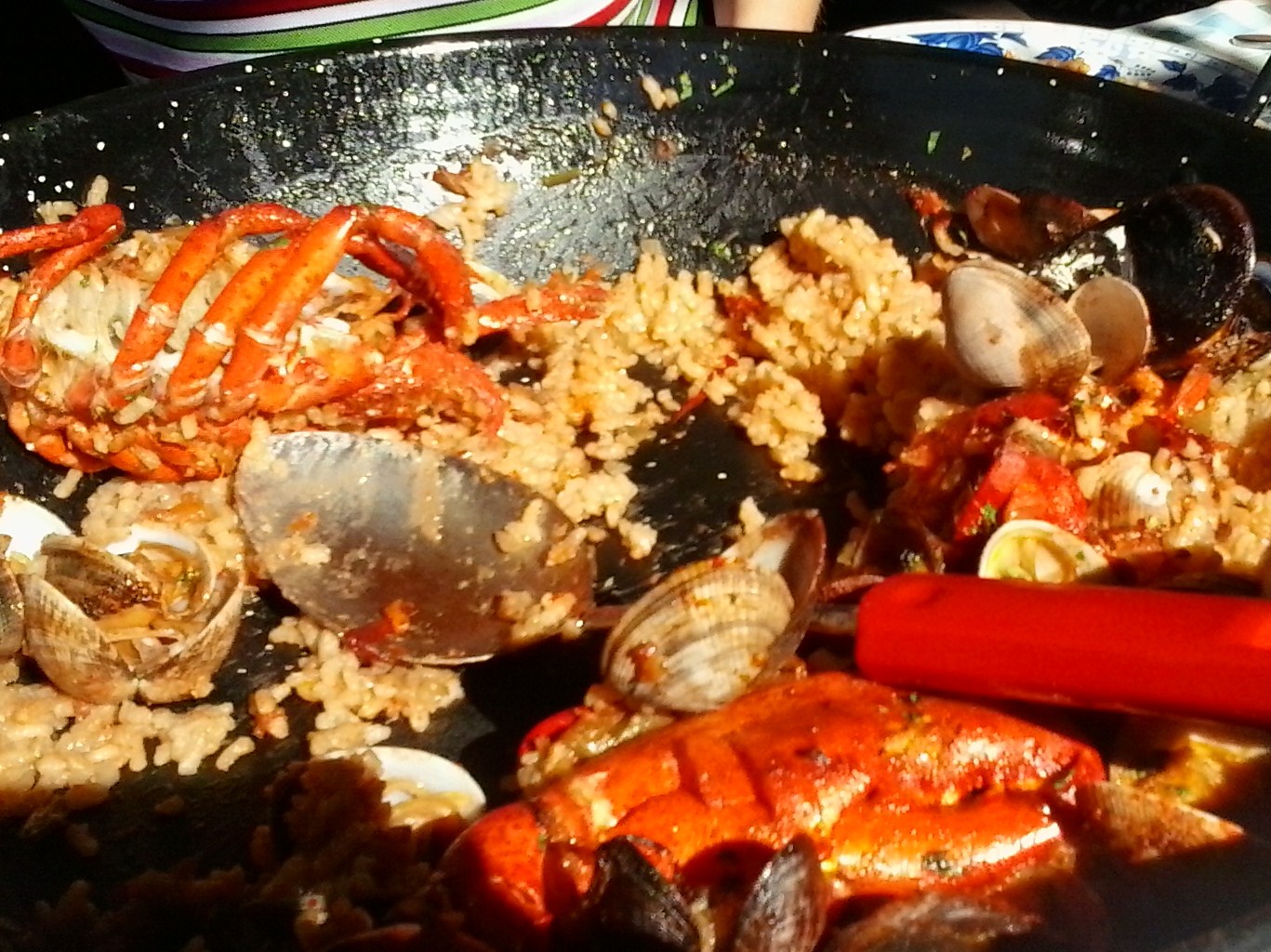 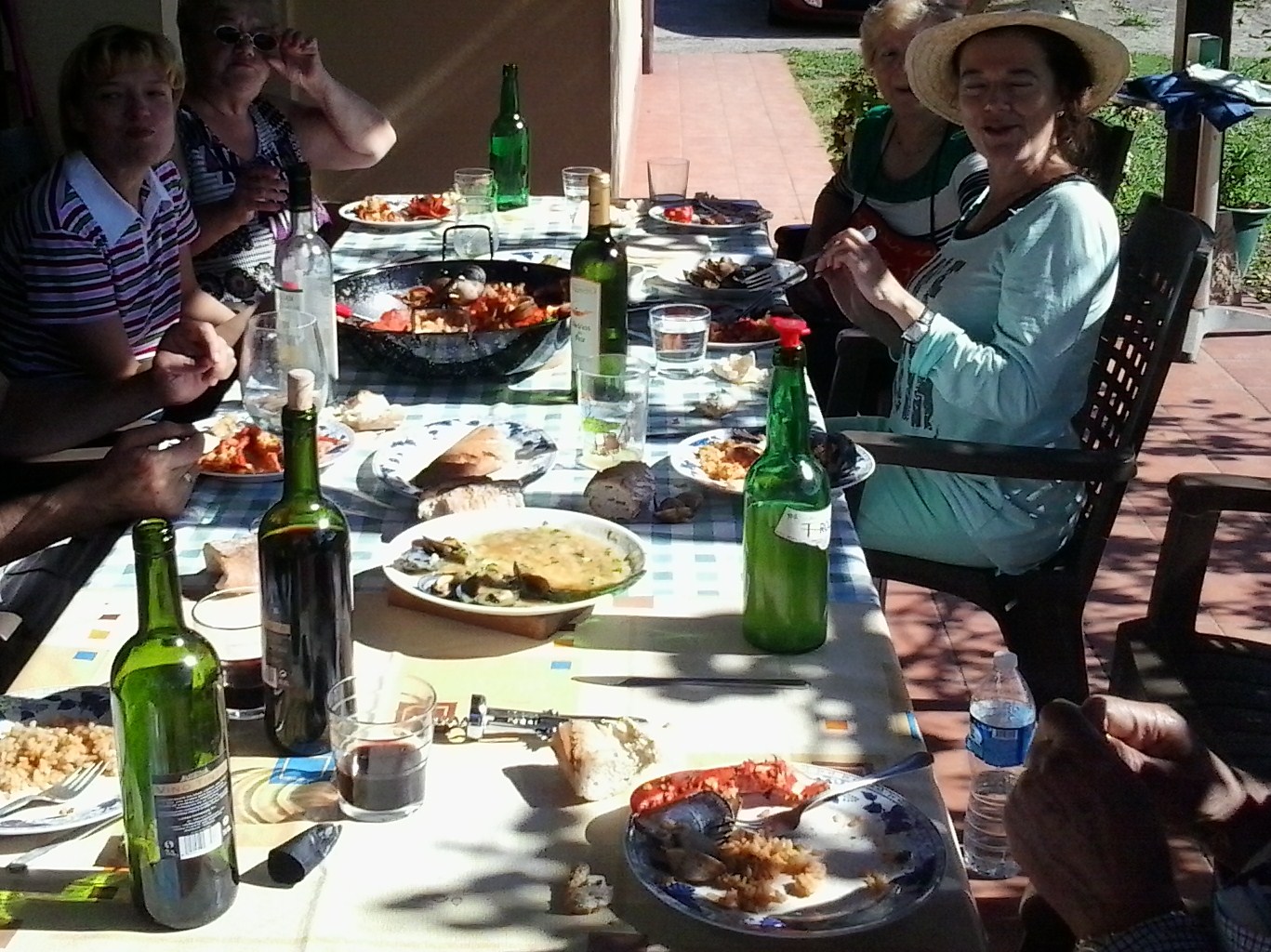 I have decided the world would be a happier place if we all talked, argued, and fought less and just ate and drank. Starting with the pincho (as in the Basque hors d’ouvre or pintxo), ingredients, basically every food imaginable. There’s no way Mister Putin and his generals would have invaded Crimea if they had been eating pinchos as part of a regular diet. And there’s no way the CIA would have secretly (or not-so-secretly as it turns out) orchestrated the overthrow of a terrible yet democratically elected Ukrainian government which prompted Mister Putin’s chess move if Mister Obama and his generals had also been eating pinchos (washed down with the local beer of choice). There’s just no need to be so unhappy and belligerent when the stomach is so happy and peaceful.

Number 3: Drink. As for drink, the café con leche is heaven in a taza. No need for Starbucks in Gijón. Ditto a bottle of Rioja Crianza Comportillo at the local Lidl for €2. I would have lifted my nose at box-store wine, but not here. No need to put the security locks on the wine either, it’s as cheap as water. Of course, in Asturias, the preferred drink is sidra, and is really their reformed communion punch. Sidra, vino. It’s like choosing your favourite Beatle – there’s no wrong answer.*

With sidra, of course, part of the fun is in how it’s drunk. Poured high to get the froth properly agitated and shared with your friends (which may explain the seemingly higher frequency of colds). The southern Spaniard may revel in the hot sticky fun of all-night discos, the northern Spaniard knows how to commune with a more sophisticated Bacchus.

See the pictures below from a recent espicha, an Asturian sidra party to introduce a new batch, which is really just an excuse to eat, drink, and be merry. Thanks to Javier, Blanca, Paloma, Belén, and gang for the great company as we enjoyed the food, sidra, and song (palo, palo, palo, palo, palito, palo, eh…). And to Paloma for the photos. Belén says I am a natural Asturian now, el Rey de la Sidra, which she assures me is a good thing. I guess King of Cider is better than King of Guinness or King of Molsons. At least for the pancita.

(For more on wine and sidra in Spain and Asturias, see Spanish Wine Now and in a Changing World and Asturian Cider Stories and other Gijón Excursions.)

Number 4: Art. Goya, Gaudí, and the Guggenheim and Number 5: Las fiestas. It’s no surprise that the national cinema awards here are called the Goyas. And supposedly, Spain is party capital del mundo with all-night fiestas every day and, ahem, night. But since I still have some more party research to do, I’ll hold off on numbers 4 and 5 until the next caracola.

What I don’t like? Well, I have had so much fun enjoying what I do like that I really haven’t thought much about what I don’t. Certainly not to any degree that I could put together a numbered list. I suppose, bull fights. They’re only on for a week here in Gijón, in La Plaza del Toros I’m told, so the subject hasn’t come up yet. I doubt I will go. Not even for the curiosity. I’m not nearly as sophisticated as all that.

So, for now, sol, comida, bebidas. I am after all getting on. Let me know your suggestions for more, likes or dislikes.

* For me, George Harrison hands down. All Things Must Past, a modern masterpiece.