Spanish influence on English and the English in the New World

Undoubtedly, Spanish began mixing with other languages the moment Christopher Columbus landed in the New World (October 12, 1492 in the modern-day Bahamas), giving us new words by the boatful. By the time the Spanish met the English in what would become Florida, Texas, and California, the mixing was in full lather. 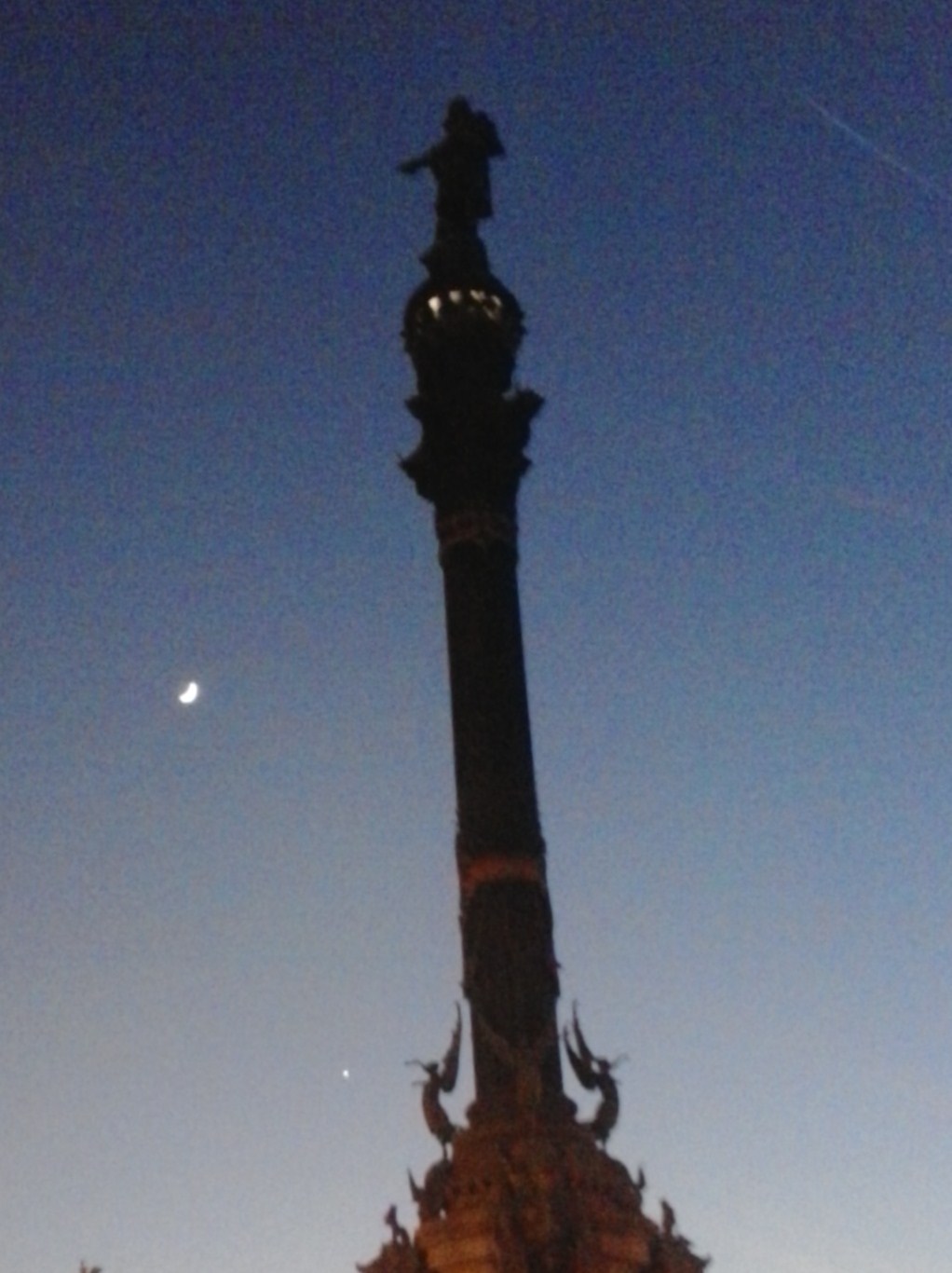 Early Spaniards brought us words for pants (pantalones), rodeo (rodear to round up), bonanza (good weather or prosperity). Other words let their mark such as tapas (tapa means cover), bodega (a wine cellar), peón (day labourer). Not to mention the many food words: taco, fajita, enchilada to name a few. Burrito is literally “little donkey,” where the diminutive ito (or ita) makes the donkey (burro) small. Hence Juanito (little Juan), Conchita (little Concha), and Coronita (little Corona, literally little crown). Note, the diminutive follows gender rules, where ito is masculine and ita is feminine. Interestingly Corona is the name of a beer as marketed in the U.S. and Mexico, but is known as Coronita in Spain.

Margarita (tequila, Cointreau, and lime with a salted rim) means daisy, with many stories suggesting its origin, from a drink named after the Zigfield dancer Marjorie King in 1938 to a later American drink, the Daisy, which substituted tequila for brandy. Tequila, the essence of Mexico, is alas tequila (Nahuatl: the place of harvesting plants), and is the first North American distilled drink, originally called pulque and made from the fermented sap of the maguey plant. A few decades after the Spanish arrived, pulque was distilled as tequila. Piña colada is much simpler and means strained pineapple.

Many other words have Spanish origins or have been distilled through their own Spanish New World mix. Salsa is sauce but in English is a dance. Cucaracha or cock roach is a traditional Spanish folk ballad (a.k.a. corrido) that became popular in Mexico during the Mexican Revolution. A cojón is a ball, but in the plural as cojones means balls and has become known as a kind of Spanish chutzpah. A guerrilla is a street fighter from Barcelona during the Spanish Civil War, ultimately giving us the word for a guerrilla or partisan war. Guerrilla uses another Spanish diminutive illa, in this case a little war (guerra). Thus camilla, for example, which means stretcher is literally little bed (cama).

We also have many city names in the southern United States to help recall the early Spanish settlements; most famously Los Angeles (The Angels), but also Las Vegas (The Valleys), Los Alamos (The Poplars), and Albuquerque (White Oak; albumen is white and quercus is oak from the Latin). In California, there is Salinas (salt works), Caliente (hot), Sacramento the capital (sacrament) as well as a multitude of saints, including San Diego (Saint James), San Francisco (Saint Francis), and San Antonio (Saint Anthony).

One can probably guess that Florida comes from flower (flor is flower), and thus it isn’t much of a stretch to guess that Nevada comes from snow (nieve is snow, nevada is snowfall) or that Arizona has something to do with arid zone (arid zona is dry place). It was the Spanish explorer Ponce de Leon who named Florida Pascua Florida after landing there on Easter Sunday, 1513, looking for the famous fountain of youth. Pascua Florida means “Flowery Easter” after the Spanish Easter celebration “Feast of the Flowers”. Fortunately, there were flowers in abundance and the name stuck.

Across the border, there’s Tijuana, which doesn’t come from a conjunction of Ti and Juana or Aunt Jane as the local myth goes, but from the aboriginal Kumeyaay word, Tiwan, meaning “by the sea.” Other familiar Mexican cities have aboriginal meanings, such as Acapulco meaning “at the big reeds” (in Nahuatl) and Cancún meaning “gold snake pit” (in Mayan).

To be sure, the Spanish language has filled the New World, thanks originally to Christopher Columbus and his search for the East in his three revolutionary caravels. Having previously impressed the Portuguese King John II with his “industry and good talent,” though not enough to secure a paid voyage to the new East, it was the Spanish and not the Portuguese who would reap the financial and linguistic success of Columbus’s sighting. It would be another Italian, however, sailing for Portugal whose name would ultimatley ignite the world.

I have worked as a writer, computational analyst, project manager, physicist, and lecturer during a 30-year career. I recently published the general trade book Do The Math! On Growth, Greed, and Strategic Thinking (Sage, 2012), aimed at improving general numeracy, and The House of Words (Tuttle House, 2013), a literary thriller starring New York Scrabble champ Suzy Q. I recently moved to Spain and started this Caracolas blog to record some of my experiences.
View all posts by johnkwhi →
This entry was posted in Spain and tagged language, pronunciation, serious. Bookmark the permalink.