If You’re Coming to Gijón

In 2007, El País reported the best places to live in Spain (las ciudades españolas donde mejor se vive), naming Gijón the third-best behind Pamplona and Bilbao. On the flip side (donde peor se vive) was Las Palmas de Gran Canaria, Madrid, and Vigo. In 2012 The Huffington Post affirmed Gijón’s exhalted status (behind Pamplona and Vitoria). Of course, such polls are highly subjective and are prone to small-sampling bias, but it’s comforting that someone else thinks you live somewhere amazing. Especially now that I’m an official citizen (#288448)!

Okay, Gijón doesn’t have the running of the bulls, a week-long piss-up with more than a few young Hemmingways testing their bravado in the famous San Fermin madness. Nor the coolest-looking, Frank Geary-designed museum in Europe just minutes from the best pintxos going. But we do have a coast to die for with sumptuous scenic walks and a rugged interior that’s as green and untouched as Ireland. Oh yeah, it’s mostly sunny and the food is great. And of course the ciudadanos here are as friendly as they get. 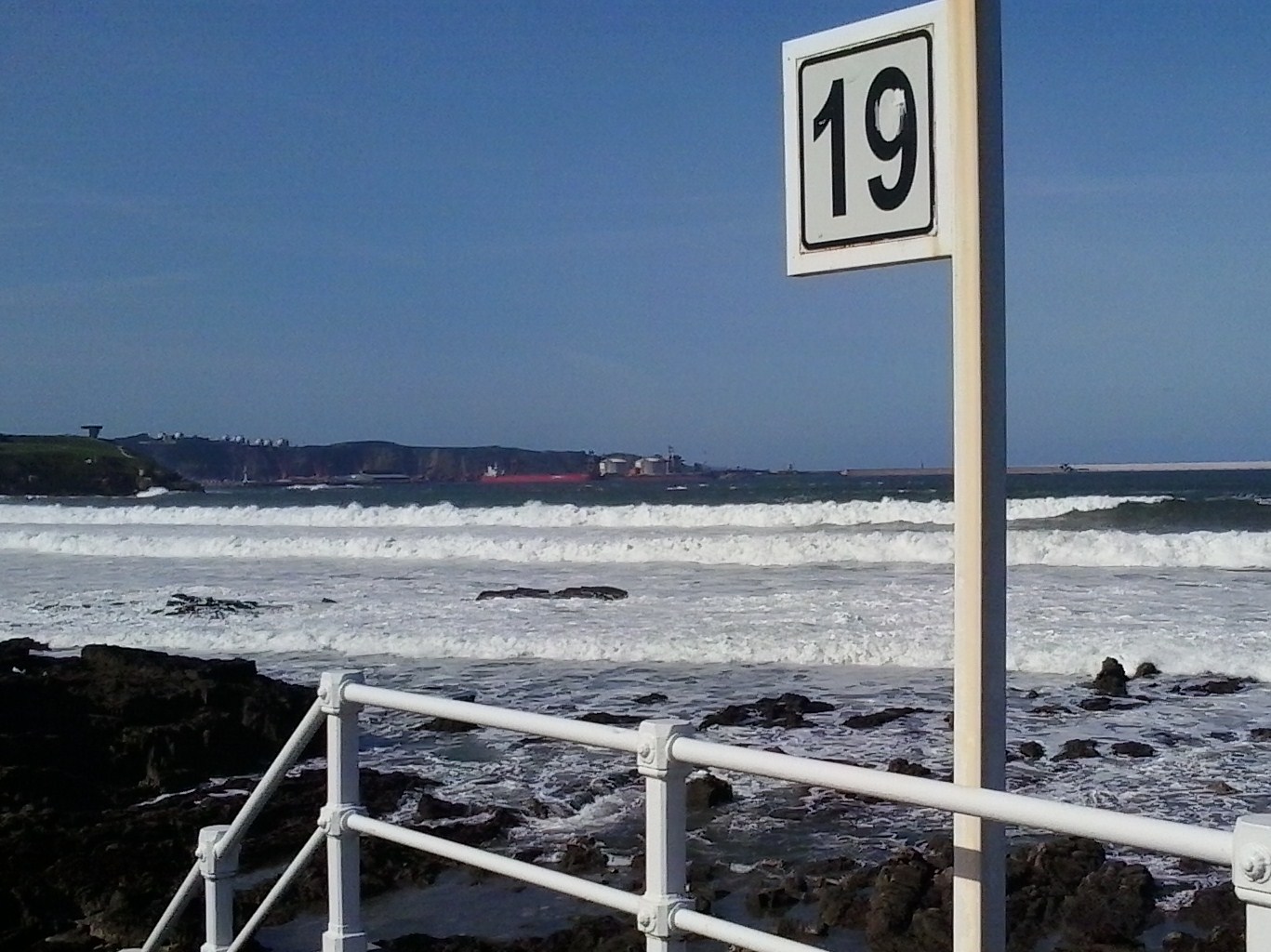 If you’re coming to Gijón, you’ll enjoy every second, though apologies in advance for the football team, mired in the second division after being relegated 2 years ago. Desafortunadamente, tika-taka never made it this far north.

Most visitors from abroad come by plane. There are direct flights to the main Asturias airport (in Avilés, a 20 minute drive to Gijón or Oviedo) from Madrid, Barcelona, London, Paris, and Lisbon. There are also direct flights from most European destinations to Santander, a 2-hour coastal drive east along the E-70. You can rent a car in the airport. Goldcar is the most economical (no, I am not an agent.)

Everything is well signed on a mostly brand spanking new highway (although some of the E-70 is still being built near Torrelavega). Stop in Ribadasella for a meal and look round one of the finer Asturian playas. There’s a church at the top of the hill for a nice walk and a panoramic view of the expansive el mar Cantábrico (Bay of Biscay).

It’s true, the Spanish know how to party, or fiesta as it’s called here, although they haven’t got round yet to using fiesta as a verb (festejar is as close as it gets). There is a nice rhyme to fiesta and siesta, but one doesn’t have to follow the other.

Here are some of the more popular fiestas if you want to time your trip, but there’s always something cooking, 72 such this week. For all the fiestas to fill your soul, check out Asturias de Fiestas. There are also festivals for various saints throughout the year. Check your Catholic calendar for the one nearest you. In Gijón, the main saints are Begoña (October 11, but also celebrated in sunnier August with fireworks), Carmen (July 16), and Juan (June 24).

Semana Negra (early July): A book fair and carnival with talks and readings from Spanish-language thrillers. Hopefully, someday The House of Words will be translated (there is one Spanish review already – thanks, Fernando!).

Festival de la Sidra (mid July): Every day is sidra day in Asturias, but the official festival is in Nava, home of the Museo de la Sidra. Not quite Pamplona, but then no one gets gouged either.

Fiesta de la Sidra Natural (end of August): Yes, there’s two, but then Asturias is the cider capital of the world. This one is on Playa Poniente with a group pour for the Guinness Book of Records (8,061 simultaneous pouring people in 2013).

Out and about in Gijón

My favourite thing to do in Gijón are the coastal walks. Miles and miles and miles as far as the eye can see. You can walk from Eduardo Chillida sculpture’s Elogio del Horizonte in Cimadevilla to el Mirador de la Providencia, about two hours. Along the way, take in a Roman bath museum, any number of stairs to the main San Lorenzo beach (22 escaleras in total), and all the sidra and pinchos you can drink and eat, while losing yourself in the magic of the sea. Let your imagination walk with you as you gaze out from the end of the world. For a million great Gijón pics, check out Dreams & Notes. 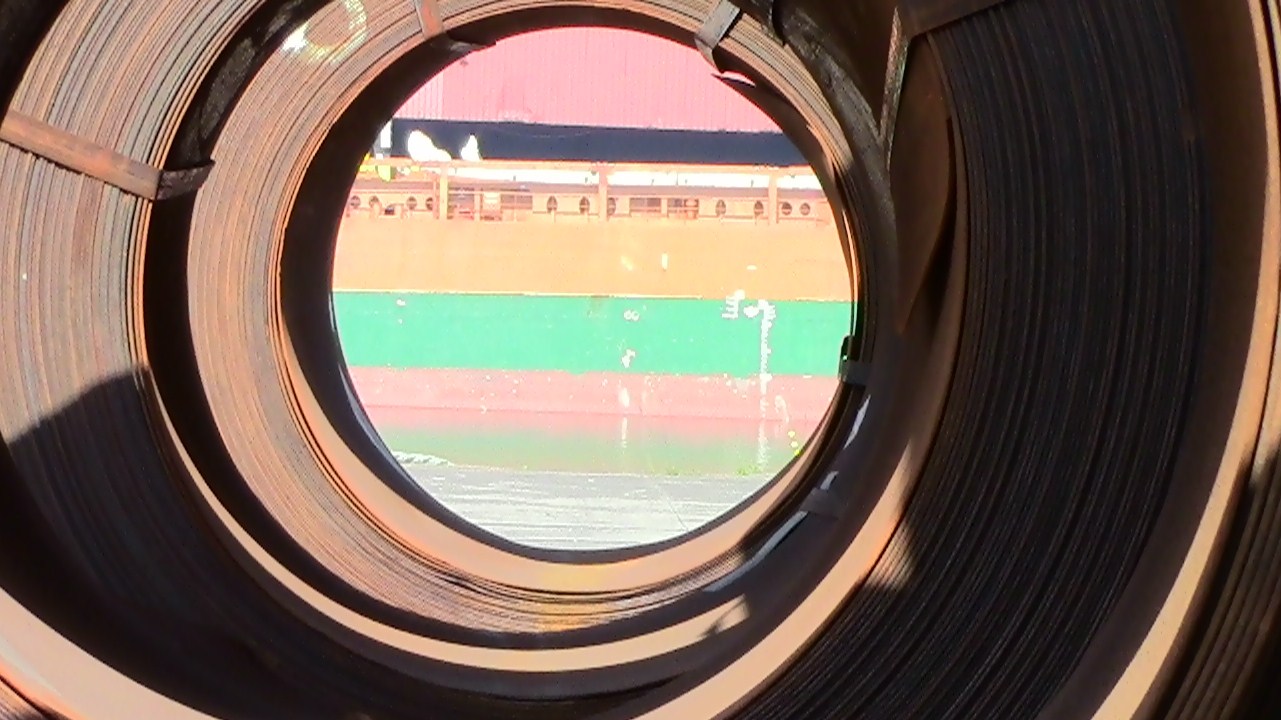 I suggest a trip to Ribadesella, Covadonga, and La Cueva de Tito Bustillo. Ribadesella has a great mile-long beach, Covadonga is where the Reconquista began and is situated on top of the Picos de Europa, while Tito Bustillo is home to some of the oldest cave drawings in the world. On par with other northern European sites such as Altamira, the Tito Bustillo Cave has an excellent permanent exhibition centre. I recommend a guided tour of the cave.

Nava is home to the Asturian cider museum for those who like the fermented apple. There are 22 different varieties and over 100 different sidras. I still haven’t tasted a tenth yet, but there’s no hurry. It’s only half an hour south-east of Gijón, through the rolling hills of the Asturian interior.

Langreo is in the heart of mining country. Mining was once the leading industry here with more than 50,000 miners working in 20 or so pozos (pits), though there is only about 2,000 working there now. I recommend a trip to Ecomuseo Minero: Valle de Samuño for an exquisite insight into a miner’s life complete with train ride into a mine. At the very least, you’ll see how easy life today is compared to the Thirties. The information centre is in the town of La Nueva just outside of Langreo. There’s a guided tour on the hour, but everything is in Spanish.

Avilés is a quaint town with a lovely city centre, nice for a walk or a meal. Check out the Oscar Neimeyer Centre, which has various exhibits and talks throughout the year. 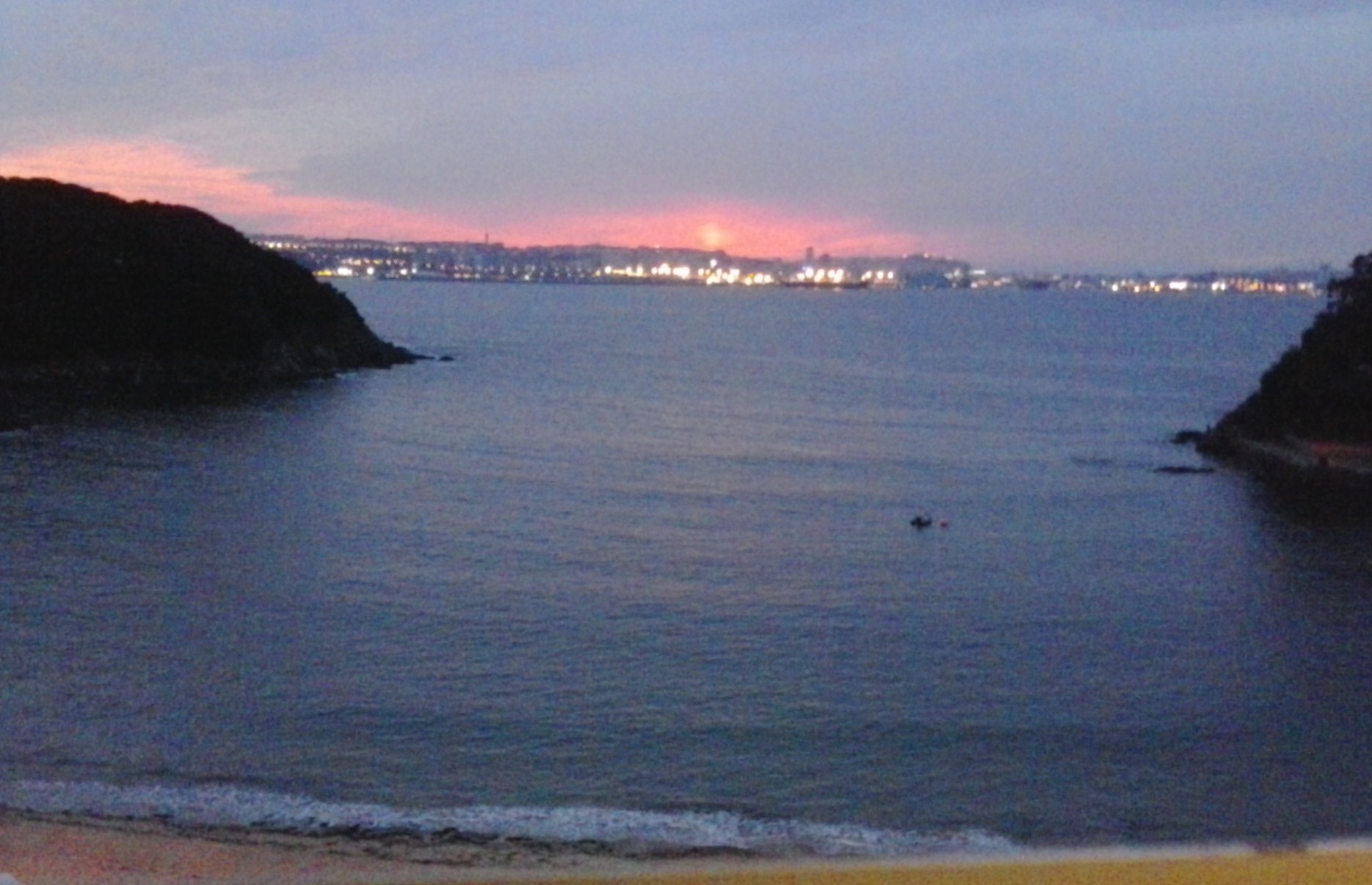 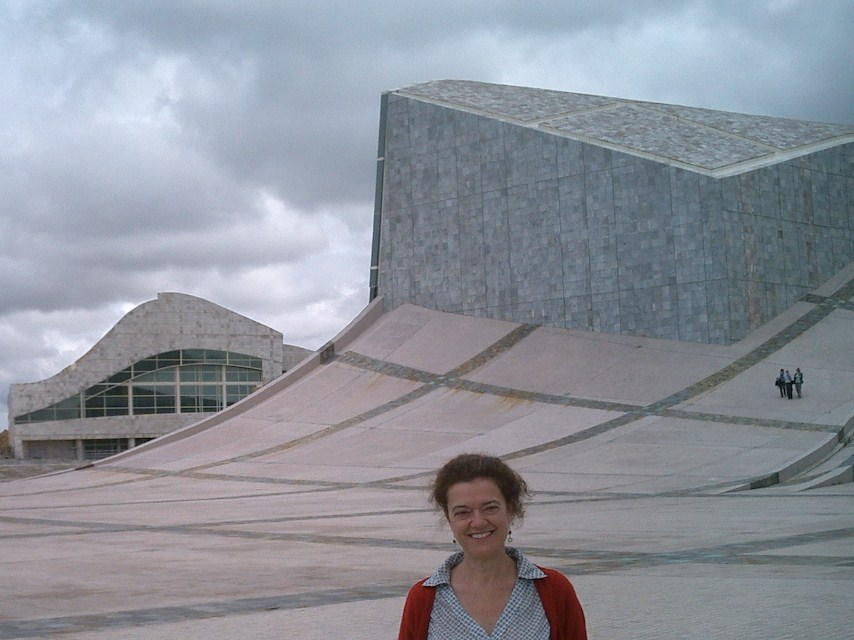 Gijón is perfectly situated on the north coast of Spain between the popular tourist destinations of Bilbao and Santiago de Compostela. Both are easily reached by car along the I-70 (three or four hour’s drive). I recommend a night or two in either before your return to Gijón. Along the way east, you can continue to San Sebastián or even Bordeaux if you feel adventurous. Along the way west you can continue to A Coruña (and the Torre de Hércules at the end of Spain!).

On the way, check out the fishing village of Figueras at the Asturian-Galician border for a picturesque meal. An excellent hotel in Santiago is Hotel San Francisco, a converted convent just minutes from the cathedral. In A Coruña, there’s the divine Hotel Portocobo – make sure to get a room facing the ocean. For the very adventurous, continue on to Porto and the Ribera del Duero. Especially for the wine-minded. The drive through the Galician hills on the Spanish-Portuguese border is heaven.

Eating out in Gijón

I noted a few restaurants in a previous caracola, Top 10 things to know in Gijón (out and about so far), but here’s a couple more you shouldn’t miss.

There are plenty of great hotels and pensions to stay in and around Gijón. A special favourite is Fancornio Rural, with great country village life. All the peace and tranquillity you could ever want.

I hope you enjoy!

8 Responses to If You’re Coming to Gijón