La Liga, the Premiership, and other professional sports – Fair or foul?

I haven’t had much time to watch sports since I arrived in Spain this past summer. Most of the good ones require a cable subscription anyway, e.g., Canal+ (at €50 a month). For free, I get Masters tennis, cycling, and Basque pelota (or frontón after the name of the two-walled playing area), a two-player team handball game from which jai alai as played in Miami and Cuba is derived. La Liga is beyond easy reach, but even if I did stump up the cash to watch Spanish football, the odds are stacked in favour of the perennial favourites Real Madrid and Barcelona. Year after year. 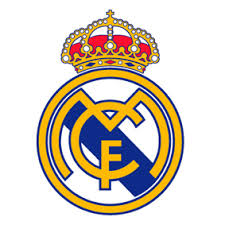 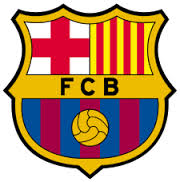 Real Madrid and Barça have won La Liga, the top division of Spanish football, 21 times in the past 25 years. As for how they compare to other teams, a simple statistic is the standard deviation of league winning percentages, which when compiled over a number of years shows how fair or stacked any league is. In Do The Math!, I calculated such a Fairness Quotient for La Liga and the English Premiership (shown below) as well as for the main professional team sports in the United States and Canada (baseball, football, basketball, and hockey).

Here you can see how the English Premiership has become more unfair every year, especially since the advent of the Champions League and its multi-million euro payouts. As far as the EPL goes, there are only four teams: Manchester United, Liverpool, Chelsea, and Arsenal, although a recent influx of oil money to Manchester City may expand the potential winner’s pool to 5. The rest are just seat fillers for George Clooney and Matt Damon on their cigarette and Nespresso breaks at the Oscars.

But so what if a league isn’t fair? – It’s supposed to be a competition. The good teams beat the bad and that’s it – sport. But if the same good teams beat the same bad teams year after year, then it isn’t sport, it’s economics. In fact, economics have taken over major sports everywhere where lucrative television deals are to be had.

Why is this a caracola? Well, I might like to see Sporting de Gijón play without having to pay an expensive cable subscription, which in reality is a Real Madrid-Barcelona Champions League Vanity Tax (RMBCLVT). I might even like to see Real Madrid and Barça play occasionally, to see if any other team comes close to beating them. But let’s face it, that’s unlikely, thanks to today’s sports administration (ahem, accountants). Though it would be fun to see, once.

For other interesting statistical connections see:

Music Statistics: Seeing the Business Side to Songs, The International Year of Statistics, October 18, 2013

Teeter-Totter Averages: How to See Everyday Statistics, The International Year of Statistics, August 19, 2013

Patterns in Probability: How to See Binomial Statistics, The International Year of Statistics, July 8, 2013

For FQs of North American sports leagues and other interesting economic comparisons, see Do The Math!: On Growth, Greed, and Strategic Thinking (Sage, 2012, 2013).

I have worked as a writer, computational analyst, project manager, physicist, and lecturer during a 30-year career. I recently published the general trade book Do The Math! On Growth, Greed, and Strategic Thinking (Sage, 2012), aimed at improving general numeracy, and The House of Words (Tuttle House, 2013), a literary thriller starring New York Scrabble champ Suzy Q. I recently moved to Spain and started this Caracolas blog to record some of my experiences.
View all posts by johnkwhi →
This entry was posted in Spain and tagged Barcelona, economics, football, math. Bookmark the permalink.