More translated food for thought: Am I my film maker’s keeper?

Lost in Translation isn’t just a movie, but what happens when we try to map one culture onto another. It’s like a game of Broken Telephone, where what goes in doesn’t always come out the same at the other end. Where’s a good Hitchhiker’s Guide to the Galaxy Babel fish when you need one?

Here are a few translated films and their countries of origin.* 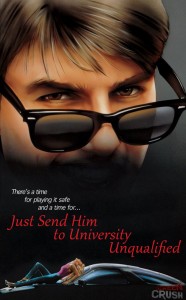 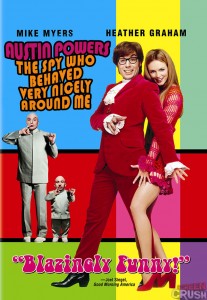 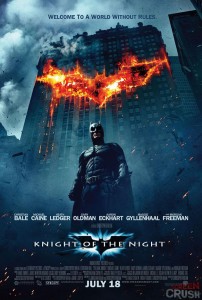 No doubt, Bob Harris, the American actor hamming his way through Japanese advertising in Lost in Translation as played by Bill Murray, would have been amused. For the most part, though, Sophia Copola’s film escapes the worst of mangled translations, simply called Lost in Translation in many foreign markets, although in Quebec it was translated as Traduction Infidèle and in Hispanic-America as Perdidos en Tokio.

How did a few other films turn out, say for those of Pedro Almodóvar and Alfred Hitchcock, going from Spanish to English for Almodóvar and vice versa for Hitchcock? Perhaps these two great film makers can help clarify the Spanish-English-Spanish makeover.

Almodóvar’s films are almost exact in their translations, from his first Pepi, Luci, Bom, y otras chicas del montón (Pepi, Luci, Bom) to his most recent Los amantes pasajeros (I’m So Excited). Even when word order might make things tricky, All About My Mother is literal to a point as Todo sobre mi madre. Volver doesn’t change at all, as if challenging English audiences to learn a bit of Spanish, albeit in this case only one word (return). About the only thing that gets translated in an Almodóvar film title are the capital letters. Although, in fairness ¡Átame! gets a Hollywood makeover as Tie Me Up! Tie Me Down!, extra exclamation point included, and Entre tinieblas becomes Dark Habits.

Hitchcock on the other hand gets a hardier makeover. North by Northwest is the weirdest, becoming With Death On The Heels, and Marnie needs an extra The Thief. Even Psycho gets a slight tweak to Psychosis, lessening the villainy it would seem of a person to a disease. See the table below for more translations with retranslated titles where different (via Google Translate).

Two of the more Almodovarian sounding films The Trouble with Harry and The Wrong Man become But … Who Killed Harry? and False Guilty, although perhaps the most Almodovarian The Man Who Knew Too Much gets a clean bill, yet becomes En manos del destino in Central America and Mexico. In other Spanish-speaking countries, Vertigo is De entre los muertos.

One wonders if it is easier to translate sentiments and ideas of Spanish films into English rather than in reverse, especially when the titles are as direct as Almodóvar’s compared to the purposely oblique thriller titles of Hitchcock.

In this limited survey, it would seem things get changed more by Spanish translators. Is this because of a need to appease the minority culture in the face of the onslaught of world English and the dominance of Hollywood myth making? Food For Thought? Comida para pensar?

Hitchcock English to Spanish (and back where different)

I have worked as a writer, computational analyst, project manager, physicist, and lecturer during a 30-year career. I recently published the general trade book Do The Math! On Growth, Greed, and Strategic Thinking (Sage, 2012), aimed at improving general numeracy, and The House of Words (Tuttle House, 2013), a literary thriller starring New York Scrabble champ Suzy Q. I recently moved to Spain and started this Caracolas blog to record some of my experiences.
View all posts by johnkwhi →
This entry was posted in Spain and tagged Almodovar, funny, Hitchcock, language, translation. Bookmark the permalink.