The Spanish language is said to have begun with a thirteenth-century monk, who first put ink to paper a poem using the vulgarized Latin spoken in medieval Spain. Like Homer’s Odyssey in Greek and Chaucer’s The Canterbury Tales in English, his quill formalized a new oral language. Today, Spanish is the world’s second most popular language with almost half a billion native speakers. The poem which isn’t entirely forgotten is part of his major work Glosas Emilianenses. 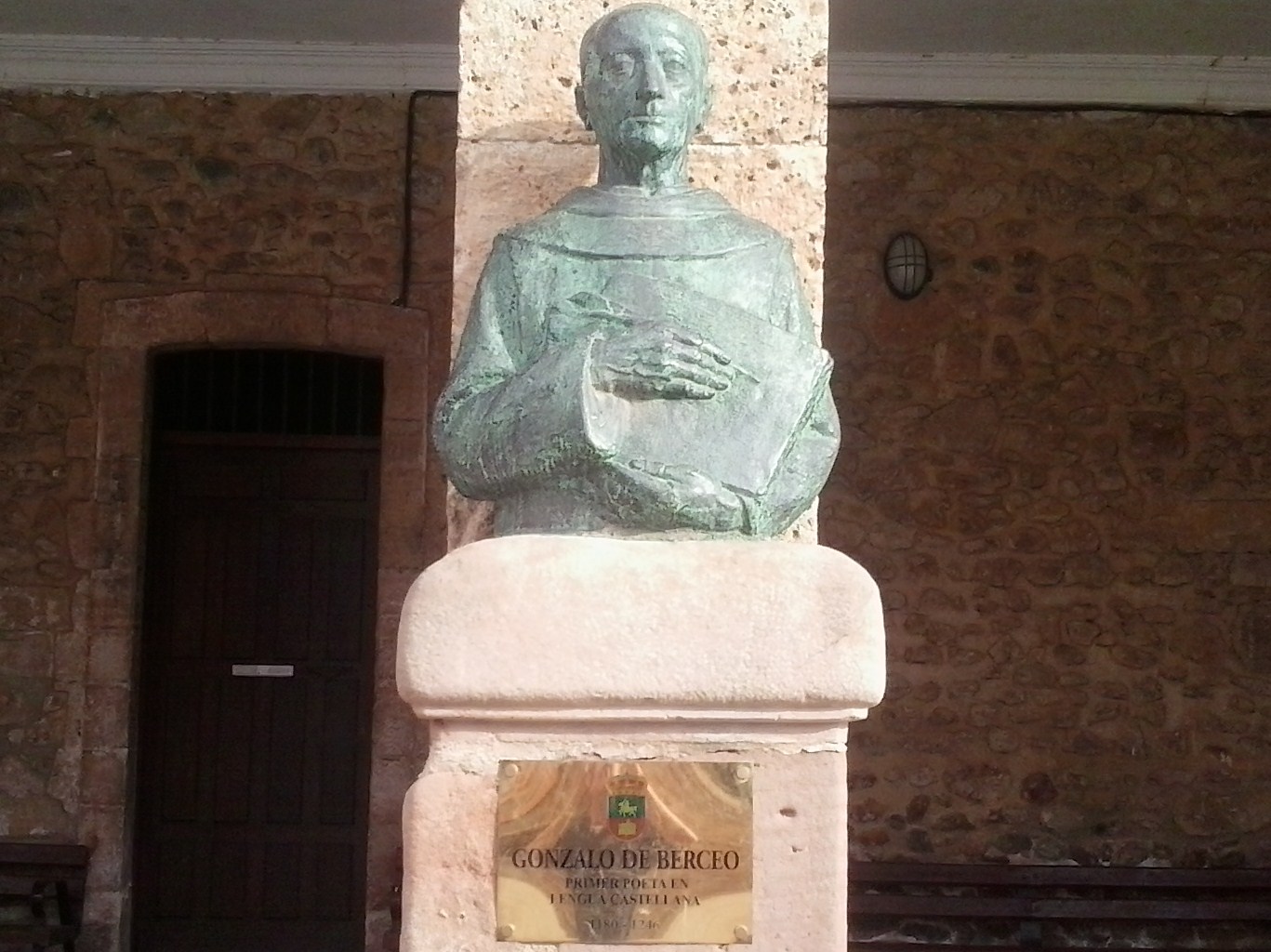 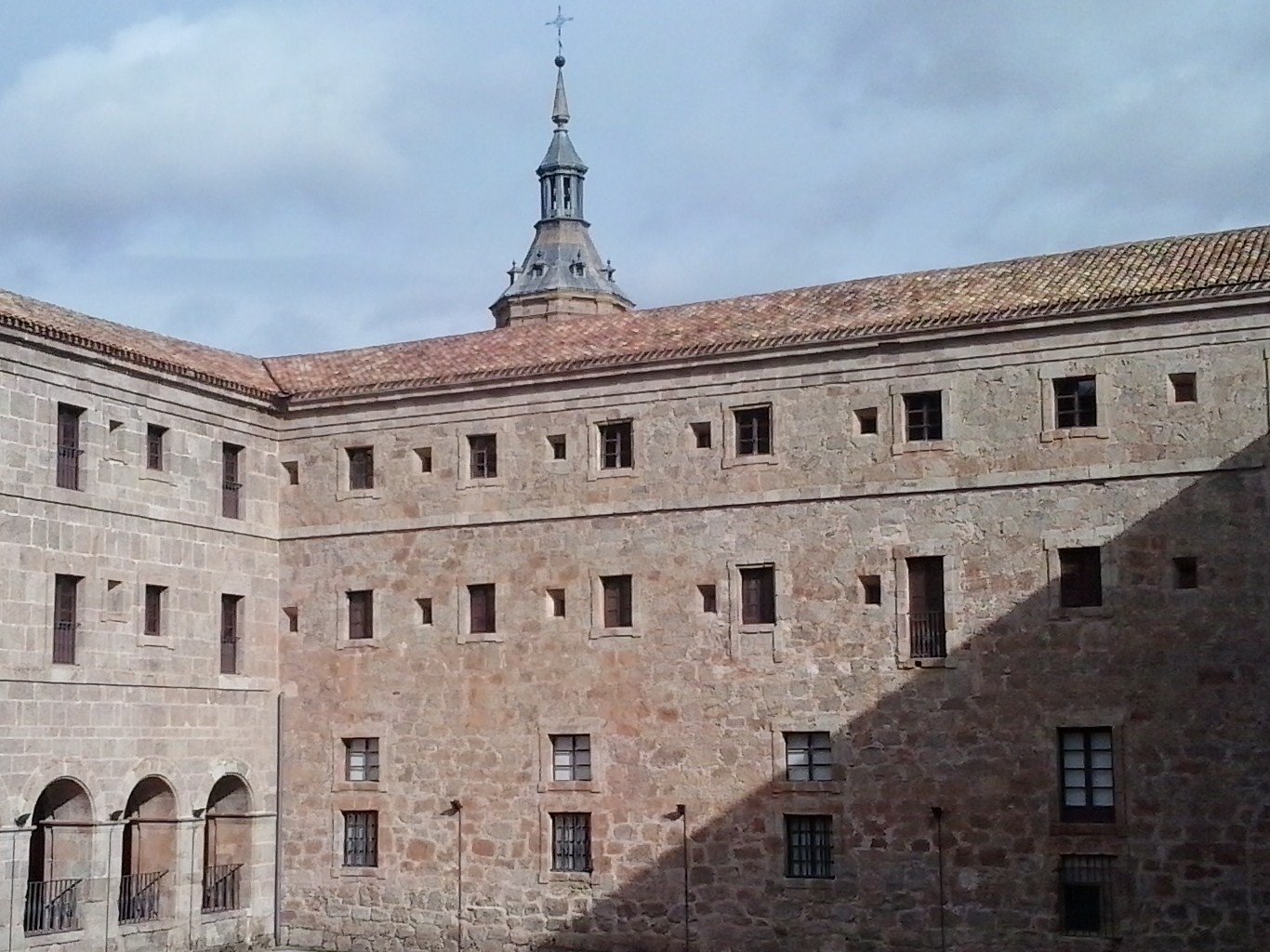 As his name implies, the monk Gonzalo de Berceo was from Berceo, a long goal kick from the neighbouring village of San Millán de la Cogolla, home to a vast monastery complex where he wrote the first-ever recorded Castellano. Today it’s a four-star hotel with a small visitor’s centre celebrating his commemoration of the spirit.

The village of San Millán is just outside of Logroño the capital of the comunidad of La Rioja, one of the 17 autonomous communities comprising modern Spain. The rolling hills and expansive views are a paradise of sights in all directions, whether one travels by car or by foot as do tens of thousands of Christian pilgrims each year along the famed Camino de Santiago. A favourite stop for the peregrinos is Logroño. And not just for the walking.

When one hears of La Rioja one usually thinks of wine. Indeed, the ruta del vino starts in Logroño and ends about 30 km north in Haro, capital of Spain’s famed wine country. Although there’s a brand-spanking new motorway (the tolled AP-68 all the way to Bilbao), no one is in a hurry in wine country. A better way is the scenic LO-20 national road where the true wine pilgrim can sample the many bodegas along the way, including Paternina, Campo Viejo, Berberana, and Muga. Here, one meanders through the picturesque campos de la Rioja, gently set into the embryonic sierras. 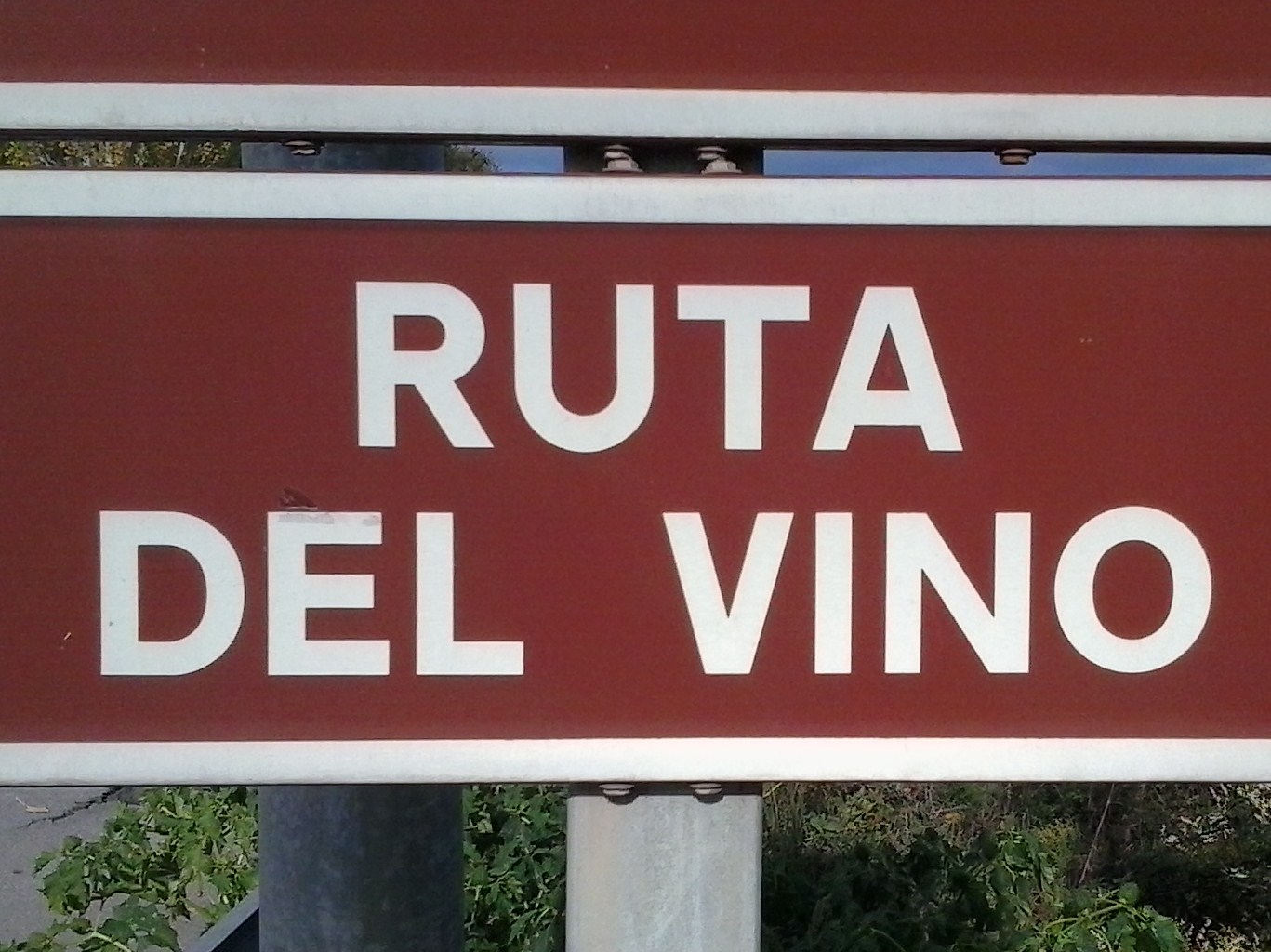 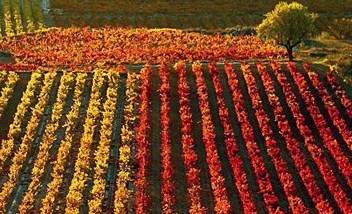 I recommend a stop in the village of Elciego, home to the Marqués de Riscal bodega, shop, and winery tour with its stunning new Frank O. Gehry-designed headquarters (A-3210 on the right to Cenicero and right again across the Ebro river a few clicks into País Vasco). Their so-called “The City of Wine” tour is a bit pricey at €16, but you can steal a few peaks from the village since the parking lot guard won’t let you get too close for free. I can vouch for the €5 tempranillo wine, but the €242 Frank Gehry special was not in the budget.

Vivanco’s wine museum is a few kilometres north, just before the picturesque village of Briones (you’ll see it on the right from the road). There are six expansive rooms, describing everything about wine, including the history, the climate, bottle blowing, cork cutting, barrel making, fermentation, and a room full of viniculture art. Take an hour or three, but skip the movie at the beginning – it’s just an ad. At €8, it’s the best of the wine tour museums.

Not to be missed is their collection of wine-flavoured paintings including a pop art Picasso by Roy Lichtenstein, an exquisite Juan Genovés with his signature paint-glob people pouring out of a wine bottle, as well as others by Juan Gris, Joan Miró, and Picasso. The creepiest is of Jesus in a wine press. 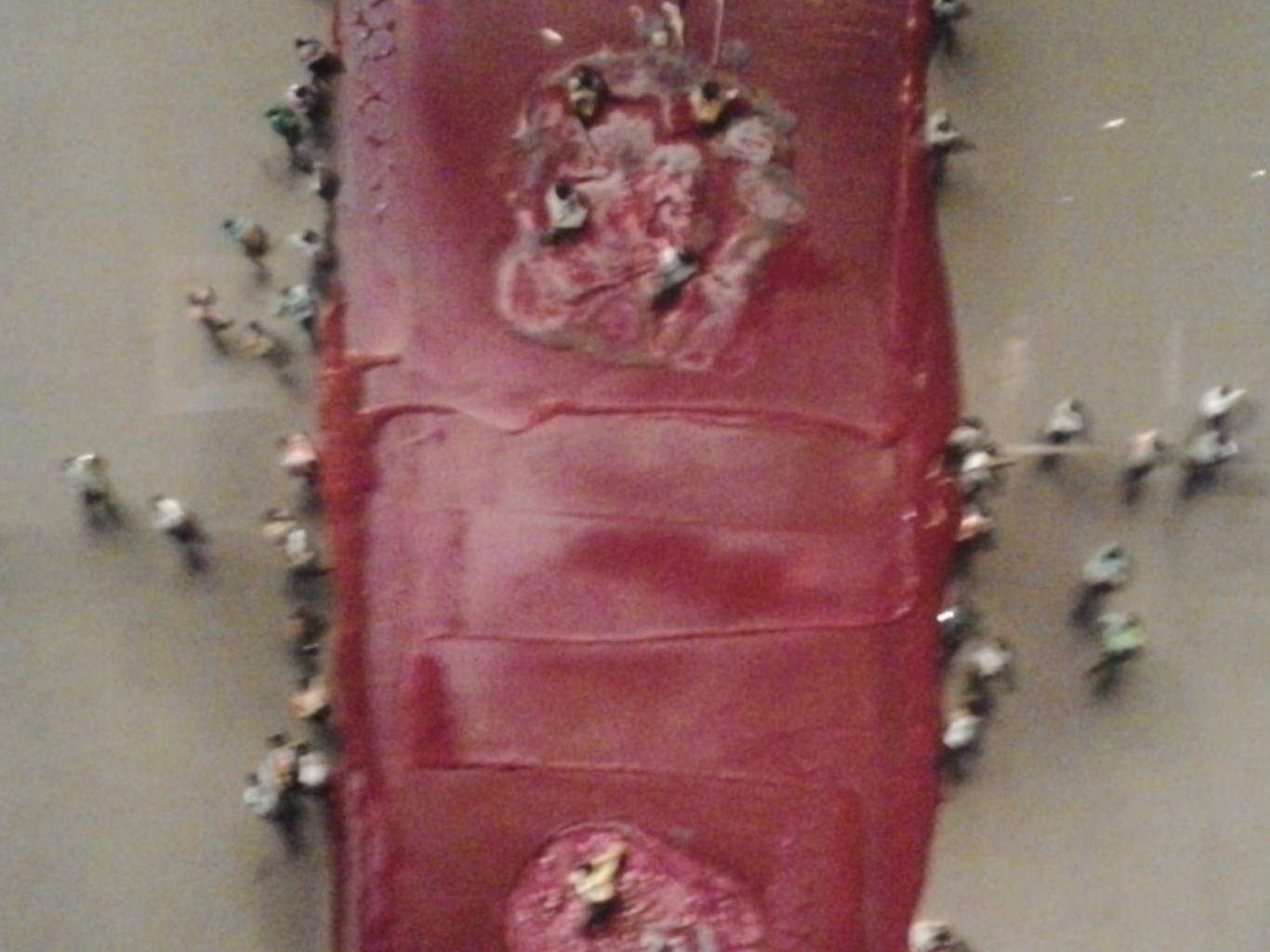 If you’re staying a few days in La Rioja, a good base is Logroño. We stayed at the perfectly situated Carlton Rioja on the Gran Via. From there you can walk to the medieval centre with hundreds of wine and pincho bars in the narrowest of connecting streets. Logroño’s nightly outdoor winefest is full of thousands of happy Rioja-fuelled revellers in the Calle del Laurel off the main pedestrian Calle Portales.

From Logroño, venture north to wine country or west to the popular camino stops of San Millán and Santo Domingo de la Calzada, where a cooked chicken got up from the pan to thwart the disbelievers (Donde la gallina cantó despues de asada). There are lots of Catholic Hall of Famers along the famed way to see besides the star himself, Santiago.

Be warned if you’re driving by motorway – the signs refer only to Logroño (Oeste) and make no effort to direct you to el centro ciudad. If you see a sign for Avenida Madrid take that exit, otherwise you may end up in Pamplona. And don’t miss the two bridges across the Rio Ebro. One is a stone bridge (Puente de Piedra), where one can still imagine a peaceful way of life back to Roman times, and the other an impressive modern iron bridge (Puente de Hierro). 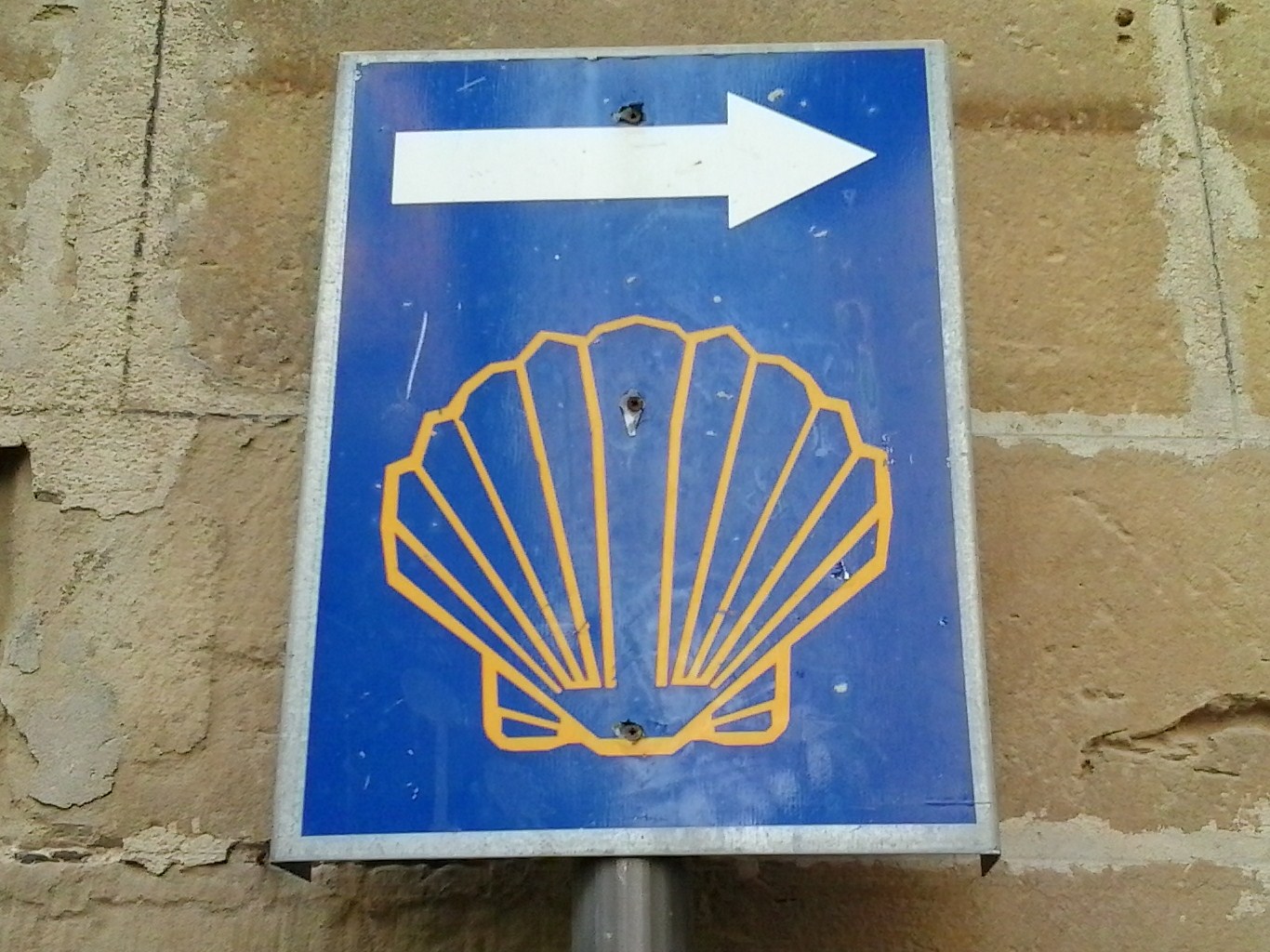 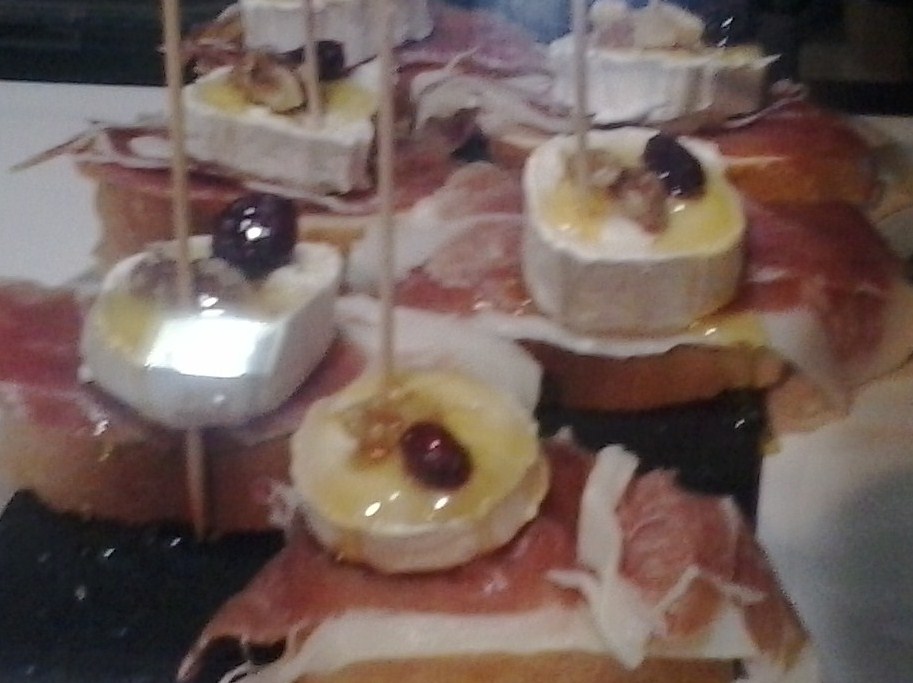 On our trip, we were told that there are two types of peregrinos. Firstly, the impecunious youngsters who try to cover as many kilometres in the shortest length of time, going fast, sleeping little, and eating cheaply. Secondly, the older retirees with lots of time to enjoy the cultural experience, tasting different dishes, drinking good wine, and enjoying nature, gastronomy, and art every step of the way along el camino.

I think there’s a third, the rest of us who can pick and choose what we want to see as we drive and sample. You won’t get an official Camino stamp, but you will find more than you need to be content.

La Rioja one of Spain’s top destinations. For wine, words, and all that you could want.

6 Responses to La Rioja – More than Words and Wine