I recently moved to Gijón, Asturias, in northern Spain with my Asturian partner Belén after a few decades living in Ireland and Canada. As a native English speaker with a B1 level* of Spanish from the Instituto Cervantes, there will no doubt be a few aventuras along the way, so I thought I would share them with other interested native English speakers, Spanish students learning English, or tourists just visiting. We all graft our pasts to other’s when attempting to understand the new. Hopefully, one can learn from my mistakes or be amused by my own quirky concerns. 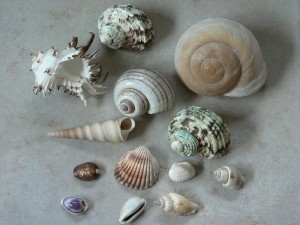 The blog is called caracolas, which Google translates as ‘conches’ and is far more poetic than ‘seashells,’ which is how I would have translated caracolas. For me, a seashell conjures up thoughts of adventure in its eerie oceanic echo, and seems particularly apt as language and culture reverberate everywhere here. Spain is many things: sun, food, wine, football, passionate European culture with seasoned stories in its weathered boots, but to me it has always been about the sea, and its great sea-faring people who set out to expand the old to meet the new, not to mention seafood in abundance.

In my semi-irregular caracolas, I will try to cite the new, seeking adventure and refuge in the old, here in Gijón, on the shores of the Cantabrican coast (Bay of Biscay), and throughout Spain. I bring my own preconceptions, of course, some of which will be redressed along the way, but all my tales – both new and old – reverberate through the beauty that is Spain. Espero que disfruten el viaje.

I have worked as a writer, computational analyst, project manager, physicist, and lecturer during a 30-year career. I recently published the general trade book Do The Math! On Growth, Greed, and Strategic Thinking (Sage, 2012), aimed at improving general numeracy, and The House of Words (Tuttle House, 2013), a literary thriller starring New York Scrabble champ Suzy Q. I recently moved to Spain and started this Caracolas blog to record some of my experiences.
View all posts by johnkwhi →
This entry was posted in Spain and tagged language, northern Spain. Bookmark the permalink.